With permission from Carnevil and the Zandronum developers, Skulltag_Data.pk3 and Skulltag_Actors.pk3 has been merged into a single project, allowing Skulltag to essentially be reborn as a fully separate mod for Zandronum.

Skulltag mods now only require a single archive, Skulltag_Content*.*pk3 (* being the version, e.g. 2.1 for the version targeting Zandronum 2.1), to be loaded with your project.

In addition:
The warnings that spam the console when running or hosting Skulltag Data + Actors have been addressed in the new archive.

The PK3 has been compressed such that you can now explore all the content including the content from Skulltag_Actors with wad editors such as SLADE.

The PK3 will be actively maintained to fix any issues that are present or may emerge as Zandronum updates, and possibly add new (or forgotten) content.

About Skulltag:
[spoiler]Skulltag was a multiplayer source port of Doom. Skulltag was founded by Carnevil, and was the precursor to Zandronum which is a fork of Skulltag.

Skulltag itself came with various contents in separate pk3s distributed along side it, including (from skulltag.com):

Additionally, a large collection of textures which are still used in many mods today. 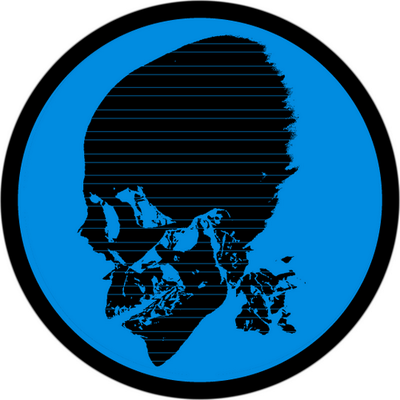 Decay wrote: Are you saying that we might have to continually download these file because you fancy to update it with something pointless to match the zandronum version number? There seems to be 0 point in adding new content. Why might you do so?

The main thing is, as Zandronum updates they occasionally update Skulltag_Actors along with it as necessary to maintain compatibility with the engine and Zandronum.pk3 (for instance it was recently updated for 2.1, but all the servers are still hosting the old skulltag_actors1-1-1.pk3 at the moment unfortunately), so any of these changes will have to be merged into Skulltag_Content.pk3. These changes are very infrequent, so it is unlikely at all that you'd need to download many, if any updates.

edit: I should add that they are planning to phase out maintaining or distributing skulltag_actors completely by 3.0 from what I understand.
Last edited by Hypnotoad on Sun Jul 26, 2015 9:46 pm, edited 1 time in total.
Duel Elo Ranking
VanillaDM
Prop Hunt
ZanRun
Rocket Launcher
Freeze Tag
Gangster
Top

Having to load less wads is always a good thing

^agreed, I think this is a step in the right direction

Whatever's easiest for the players and modders.

Any updates to the\a STACTORS\DATA package should use versioning.
Top

Ivan wrote: I think the thread title is misleading, you are not releasing Skulltag, you are releasing content of it so I'd change the title to reflect it.

Ivan wrote: you are not releasing Skulltag

Somewhat debatable. From what I understand Skulltag started as a mod, and I guess that's how it will end.

Nice. Here is a Mirror for you.
My PC Specs | My Twitch Channel | My Personal Discord
My Website | My Steam Profile | SLOBS - The Better OBS
Zandronum Expansion Pack | QZRcon | My Doom Config

Here's another mirror - this time hosted in Germany!
<capodecima> i dont say any more word without my loyer jenova
Top

Is this 'Content' still leading for running SkullTag mods on Zandronum?If so, some remarks:

1. The Skulltagweapons.txt doesn't include the proper Weapon.SlotNumbers, so switching to the Skulltag weapons will be difficult. (As perhaps also demonstrated in https://zandronum.com/forum/viewtopic.p ... p33421&#41;
2. I noticed the Skulltagweapons's Railgun is missing the "RailgunPuff", which is supposed to allow for armor piercing. Was that omitted for a reason?

Comparing to the other skulltag_actors.pk3 I have, I see the skulltagrunes.txt definitions missing from your content too. Now, I don't have a clue about Skulltag's history, but to me it seems like your pack has SkullTag content missing?
Top

1. The Skulltagweapons.txt doesn't include the proper Weapon.SlotNumbers, so switching to the Skulltag weapons will be difficult.
2. I noticed the Skulltagweapons's Railgun is missing the "RailgunPuff", which is supposed to allow for armor piercing. Was that omitted for a reason?

Comparing to the other skulltag_actors.pk3 I have, I see the skulltagrunes.txt definitions missing from your content too. Now, I don't have a clue about Skulltag's history, but to me it seems like your pack has SkullTag content missing?

Runes are defined internally in zandronum.pk3, as well as Skulltag artifacts (spheres), maxhealth bonus, and maxarmor bonus (but not Red Armor)
Top

Guys, I'm past member and contributor or Skulltag team, and the maker of the "Double Resolution pack for Skulltag" (among with quite some other Skulltag graphics, medals, skins, CTF flag etc....).

Would be cool to make Skulltag mod, and even expend it further, including "Double Resolution" pack for it.

Here for example my improvement of the tall torch I made for Skulltag pack back then:

Other art can be also expanded and improved, can make art for new Game Modes, medals, runes, probably new skins can be added as well.

Who will pick up the torch of the New Skulltag mod under Zandronum?
Top
Post Reply
18 posts • Page 1 of 1