This section is for any interactive threads or games played on the forums.
Posts in this section are not counted towards total post count.
Post Reply
28 posts

So I came on irc and I was brought up the idea of making a dating tier list for the fun of it in the spirit of this thread here. I know of a lot of Doom personalities whether intimate or cursory and feel that my capability with these people may or may not be interesting for a very exciting romantic encounter. Warning! Since most users are male -- oh I give up.

This thread is also for others who want to participate in this thread. You come in and make a list. You can elaborate on each person you know and what you see, expect, pros, and/or cons. You can just list them in an order.

Alfonzo ~ "I wonder who will hear him trash talk when the dirt closes over him?"
Top

so from what i can understand you are looking for someone to have a homosexual relationship with?

So when did Teletha return from the dead?
Projects

EonDM - With Hatred as my sidekick.
RageCTF - Made 1 map and did much more.
DBAB LMS - Pack made for Last Man Standing.
EonWeapons - Improve vanilla weapons and add stuff for kicks.
Progressive Duel - Leaving the old behind.
IDL201X CTF - Maintaining since 2013.
Strife AA - Helped tested + 1 map
Top Mobius wrote: Slyfox: I definitely see us as a couple you'd only see in cartoons.

Poor Heavenwraith, and he is going to wait another 4 years before he gets said samples
<PUN1SH3R> Cube has a magnetic effect
<PUN1SH3R> all other clans are in orbit with us, they just dont know it
<PUN1SH3R> occasionally cube will pull a player into it's system
[Quote=DwangoUnited Website] Eyes has tainted the DWANGO name in World of Warcraft. Eyes owes several thousand gold to friends that offered to loan it to him. He's since cut us off completely, and is not planning on gaming or paying back what he owes leaving DWANGO United with the debt. You have hurt us in more ways than you can know, pal. I hope you're happy that we've bent over backwards for you. Thanks for paying us back with a spit in the face and a cold shoulder. By the way pal, your bfg skills suck ass.[/quote]
09:08 <Shane_> It's better being a cuck
09:08 <Shane_> Trust me, you'll learn one day
Top

The fuck am I reading

Mobius wrote: Slyfox: I definitely see us as a couple you'd only see in cartoons.

Luckily I have higher tastes in that video

Last edited by Slyfox on Fri Dec 25, 2015 5:53 am, edited 1 time in total.
Suspect Ral Database
My YT for watching the hivemind at work
Stream [ON] [For real now cause my net is way better
YOU ALREADY KNOW THE A3 HATELIST STAY ON POINT[4/22/18]
Top 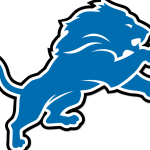 4 out of fucking 10? Way to break my heart Mobius, I thought we had something special! For the record if you ordered a meal that was worth $4.99 or less I'd probably pay for it.

Well, I'm very flattered from all of this :O Thanks!

Oh my, I can't stop laughing, you make my sides hurt guys, this thread is 10/10 because it had lots of drama and romance scenes that were meaningful.
Did you just bite me? Come here, I will bite you back bastard.
Top

You get the dvd copy of Hey Arnold, I'll get the beer. We can play some super smash bros after; sound good?

UnixAssassin wrote:The definition of cheating is not this: Using an aim assisting tool in a game

Welp. Can't say that I didn't see this coming...

Razgriz wrote: Poor Heavenwraith, and he is going to wait another 4 years before he gets said samples

I moved on to a more realistic approach of not expecting to ever receive them. Sigh, how can I have someone unreliable like that chase after my spores. Not mention the refusal to tell me his income. It's Zakken all over again. Happy Christmas Mobius' Harem
Swift as a breeze, fierce as a gale.
Top

[spoiler]Cyber: I would say a toss up depending on the scenario and what he wants. He'll be friendly but not safe and cordial which gives a bit of an outgoing flair. I think he'll take his time in our relationship but not because he's a slow paced man, but because he's looking for an opportunity to strike. He'll act too much like a diplomat in our relationship and not a person that truly cares because he wants information from you. He wants to see what makes you tick. Sorry sweetie but only one of us can play the spy game, and I am not into other Puerto Ricans. 6.5/10

Vector: Once upon a time we were skullbros on Skulltag, and if anyone wanted senpai's attention more than anyone else it was Vector and I loved my little Kohai <-----------------> THAT much. He got older and much more mature now and he'll try to steer our relationship in a direction of his choosing and he is the type of man never accepts "no" as an answer. We will fight more over who is on top rather than enjoy each other's company, but once in awhile he'll do what you like just because it's your birthday. 9/10 little kohai

Mifu: He just wants to party and so do I! Mifu goes out of his way to make it into a party and I wanna make the party live. How can it go wrong? 7/10 for fun!

Medicris: The opposite of Mifu but comfy instead. He'll roll you up in a nice quilt and enjoy some delicious hot chocolate, but the romance only ends there. He's like Slyfox and that he's a straight-man for many shenanigans I'll put him through and he never shows up enough either. He said he'll call back but it's been a week already since we watched a romantic comedy at his place by the fire. 7/10 My comfy date can't be this negligent.

Alexmax: He'll be fine if I wanted a lawyer for a date. He'll advocate something to you some time somewhere about something, but otherwise he'll stick out for you and tries to not fault on a promise. He can be a bit silly with decisions and his idea of a good time involves something silly. I don't think he'll ever understand me. 6/10 he tries

Demonsphere: He's really fun to be around when he does his impersonation and is one of the only alcoholics that can handle his liquor. We just don't communicate enough because he never charges his cellphone or shows up late because he's burrowing his Dad's car. I don't mind a laid back guy but he has a bit of this step-dad swag and I'm not really "feeling it". 5/10 friendzoned

Exwizard: He has this New York attitude I'm all too familiar with. Straight-shooter who wants to lighten up a mood and treat you out. You know, the normal things you can expect. You ever heard Dark Horse by Katy Perry? "It's in the palm of your hand now baby, It's a yes or no, no maybe" is the motto of someone from my own state, and I don't want to say no right away to ultimatums from a potentially good date. 4/10

Goliath/Hammerfest: A gut busting comedian when he isn't a timid and shy lego builder. He's a loads of fun guy, but I don't see him as my guy. I don't see anyone being his guy because his heart is elsewhere on some fixation. I've been on two dates with him already and they were fun, but he seems a little distracted. He's willing! I hope whatever he's aiming for finds him. 7/10

Dusk: Getting him out of his shell is hard and I've been there. He's focused on his studies, but you can see him make quick glances at the crowd and at who he likes. You have to put a lot of energy into lowering his walls and he can seem rather angry but don't let this mislead anyone. I'll take the time to have him explore himself if he's willing, but getting him to be willing is hard. 6/10 committal only[/spoiler]
Last edited by Mobius on Fri Dec 25, 2015 9:59 pm, edited 1 time in total.
dewsome: i can do this all day
dewsome: do you think you're somehow special? i spent years arguing with nostar, jenova, mobius

Alfonzo ~ "I wonder who will hear him trash talk when the dirt closes over him?"
Top
Post Reply
28 posts