The End Is Near 5 years since the Cannibalism Strike took action, the war between The Resistance and Walking Flesh Organization faded away. Only leaving the world broken, no one knows who won the war. Jason Milito, a survivor, tags along Danny Kain to stop The Source, a mysterious entity. As the journey continues, Jason does not know what he's getting himself into.

Game Modes Play as Jason Milito, who tells the story of his adventure encountering The Source. Customizable loadout with different combinations. What will you discover?
Occuring during the events of the campaign, a new cast of survivors stranded to seek salvation against the undead horde. The mysterious forces of the Mystery Box, Wall Weapons, PowerGums, and Perks return.
Get a good kick back as you play challenging minigames to reach a high score.

Note: This mod requires a decent computer to play. You will experience framerate drops. You have been warned.

This mod has been optimized for Zandronum 3.0! 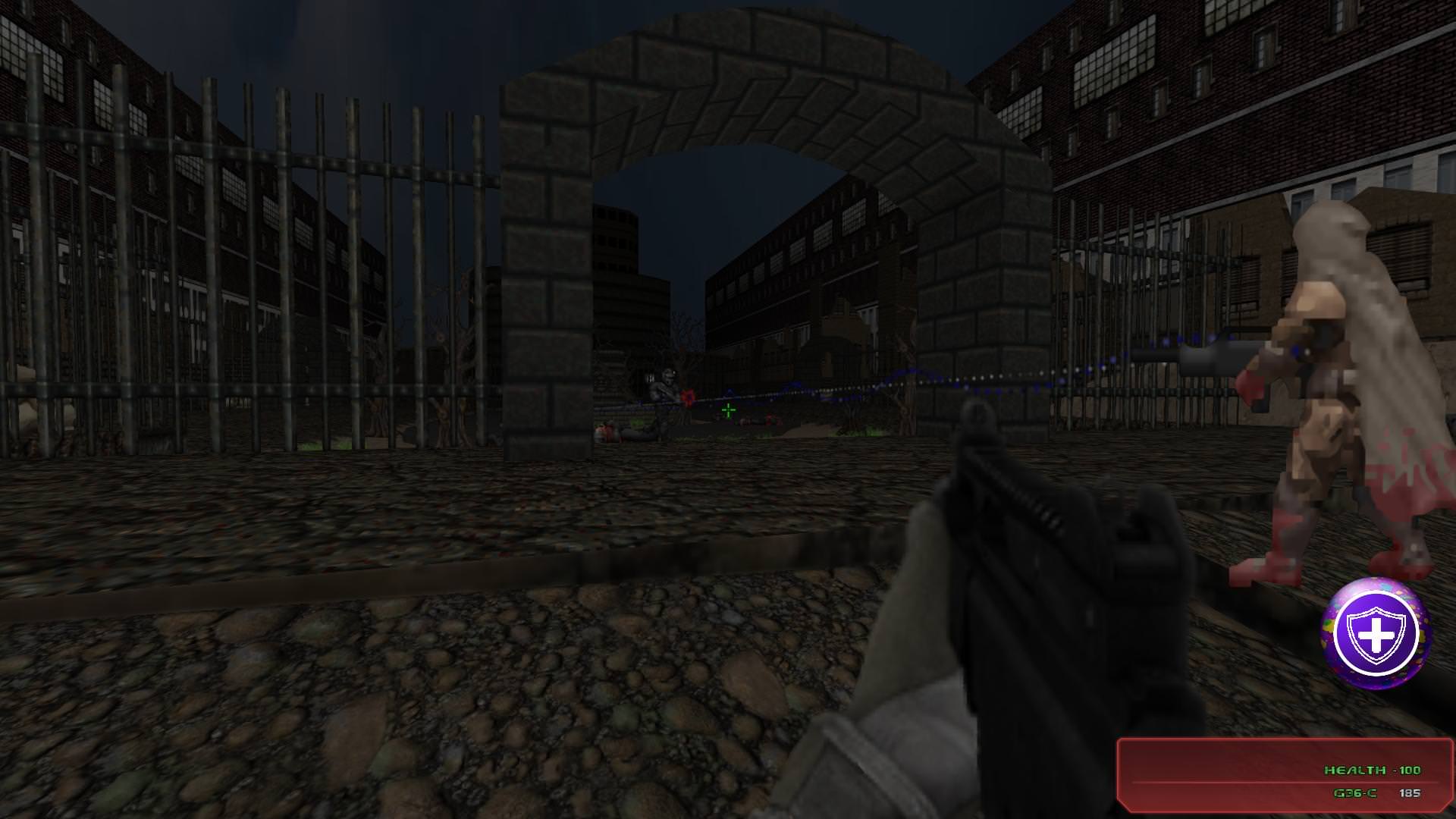 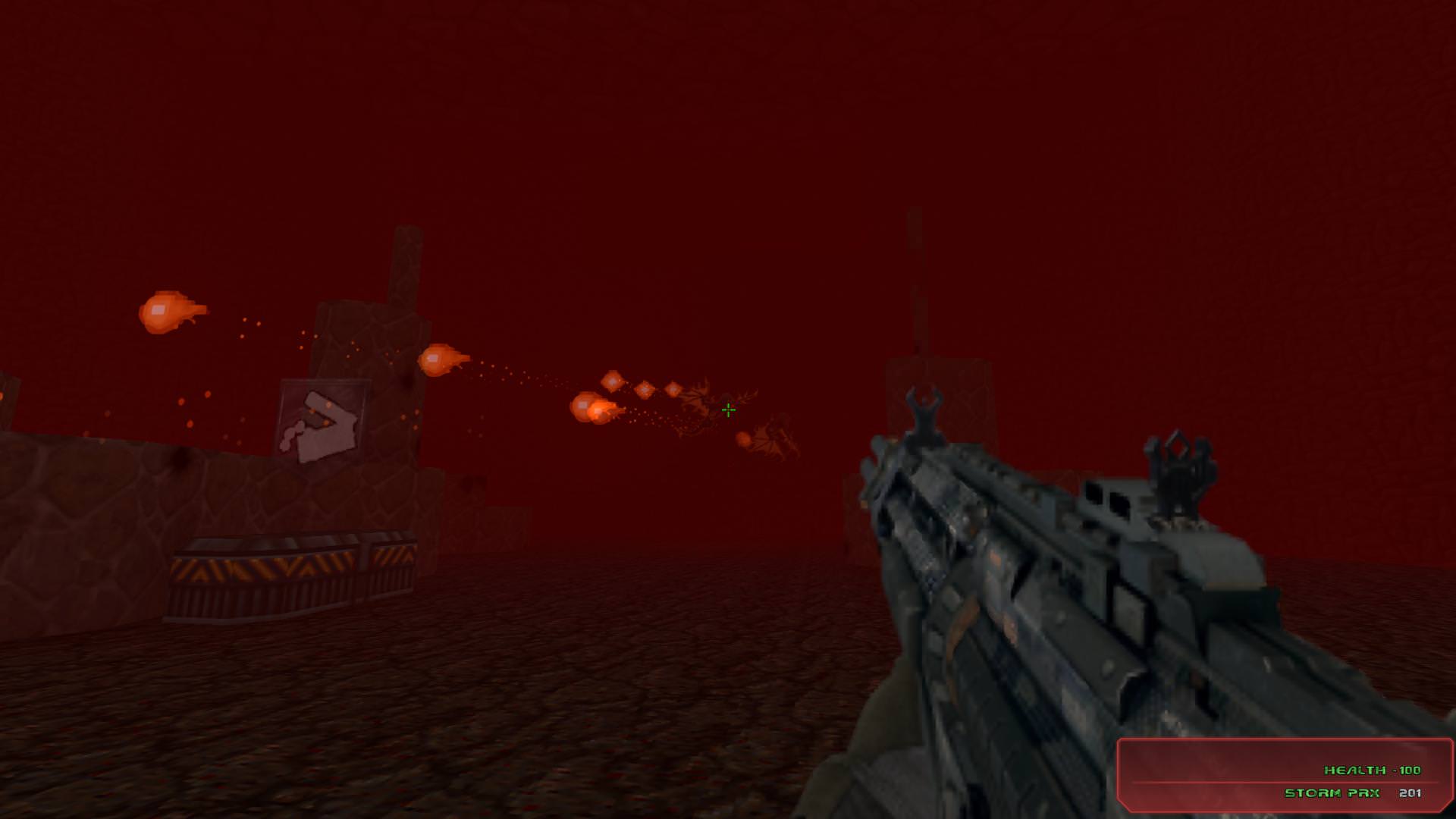 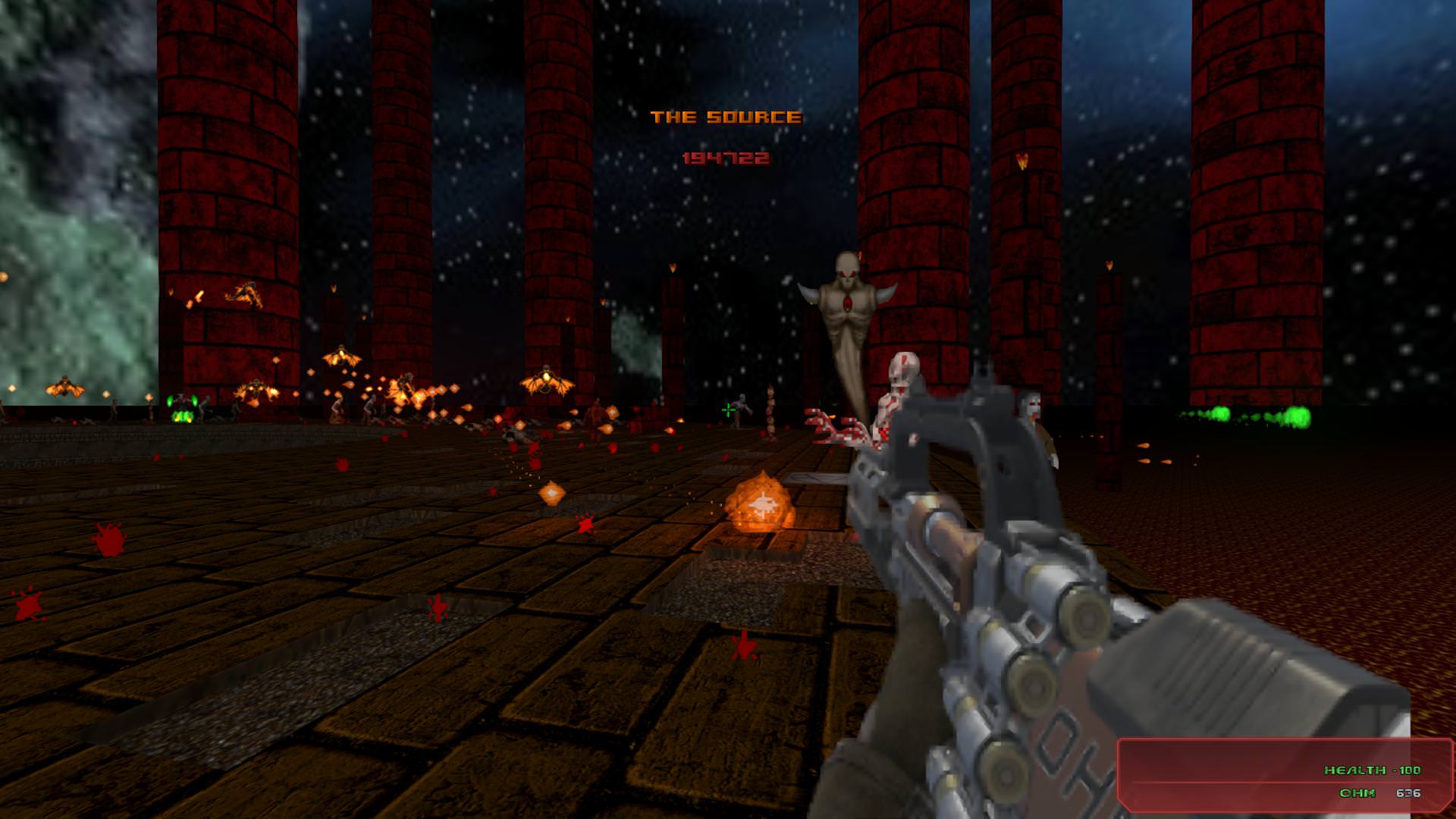 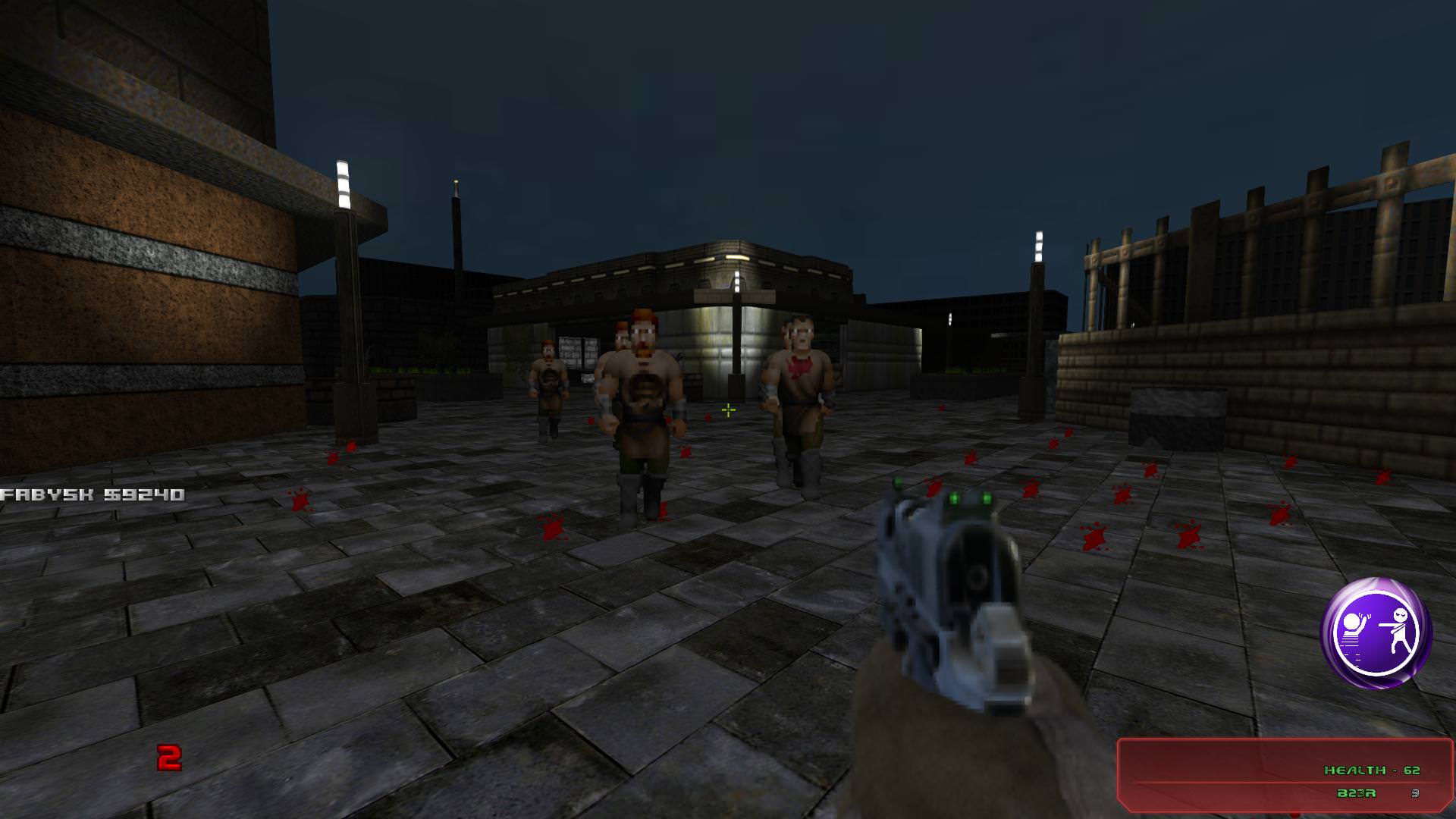 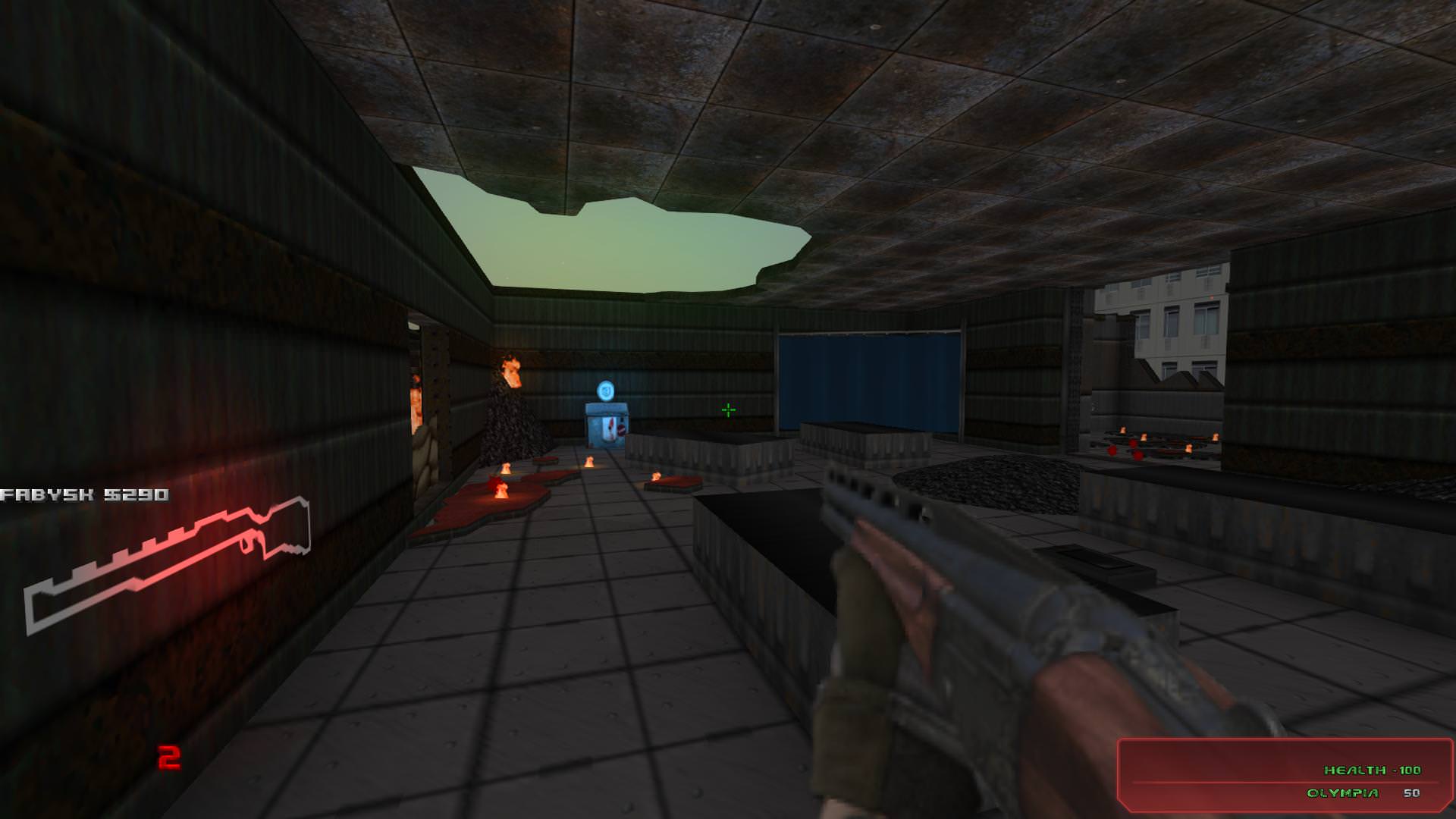 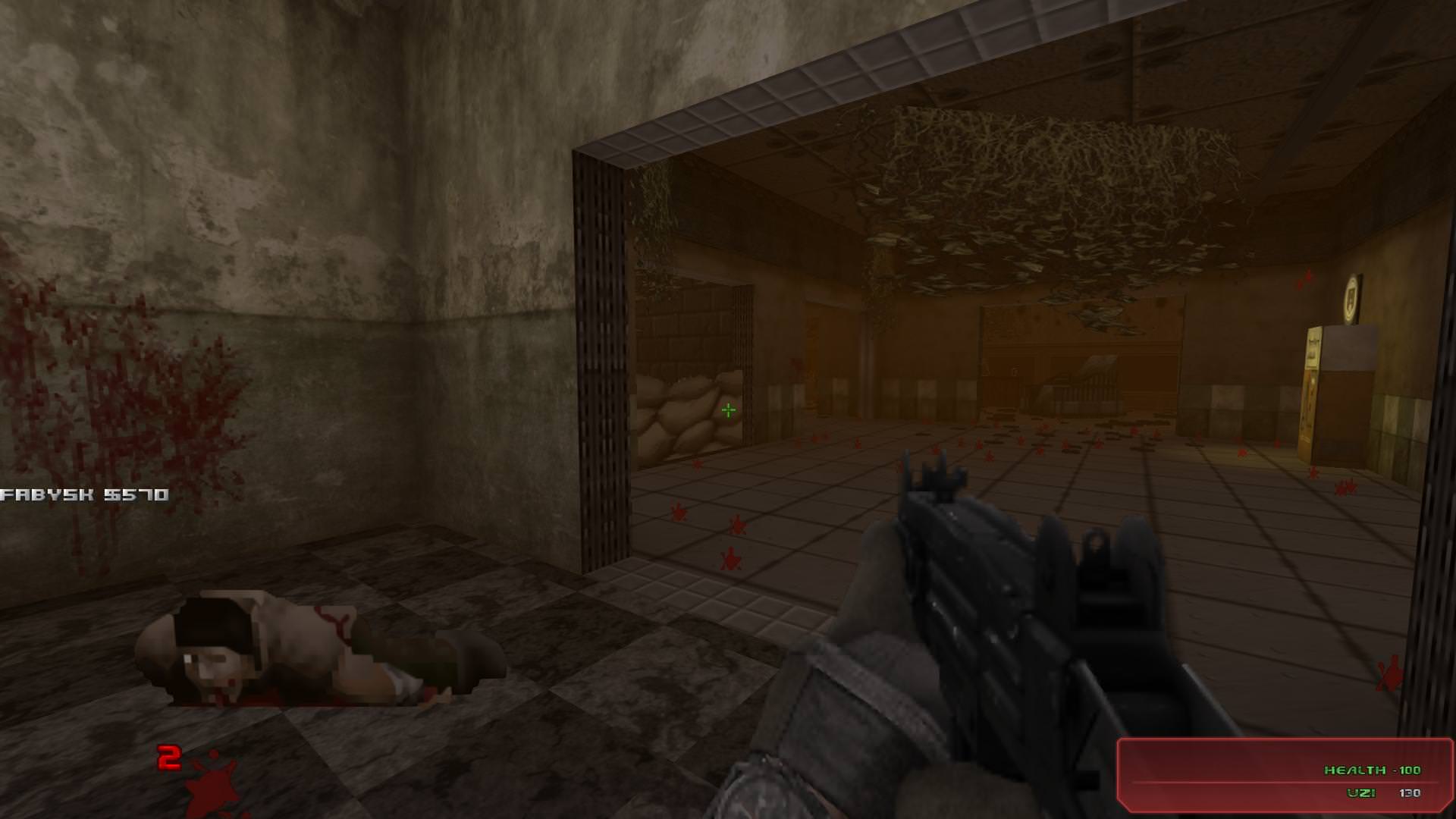 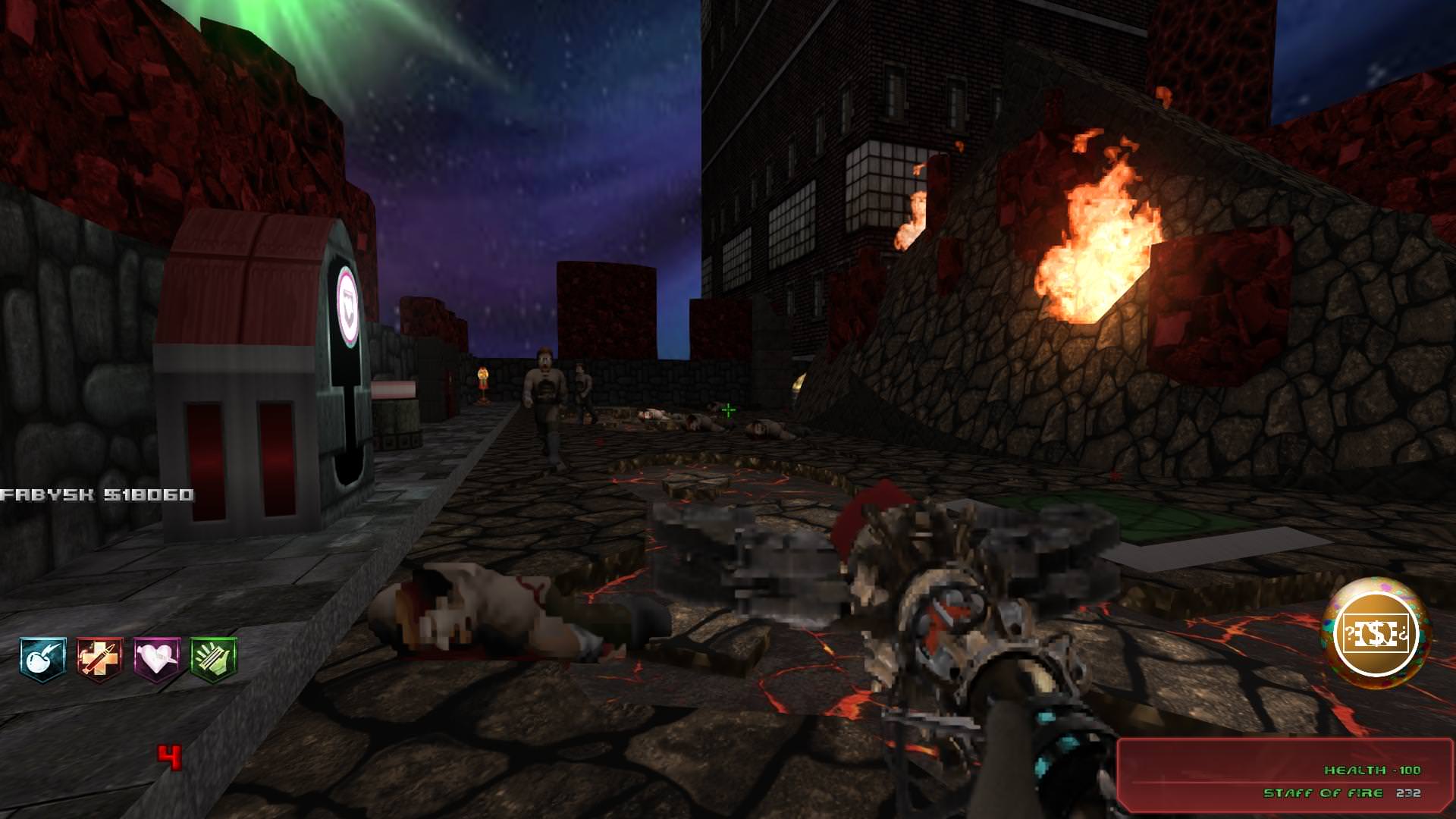 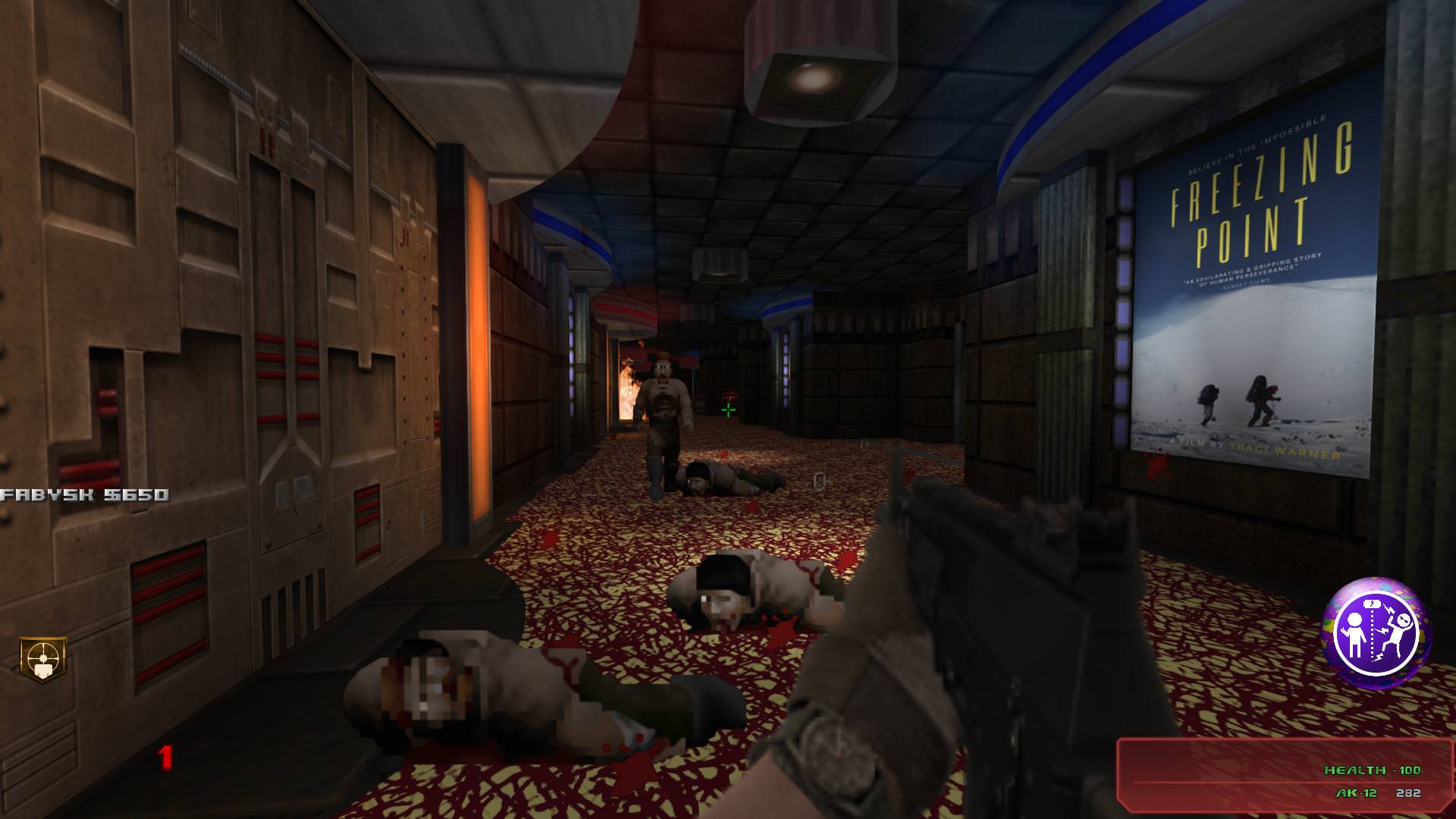 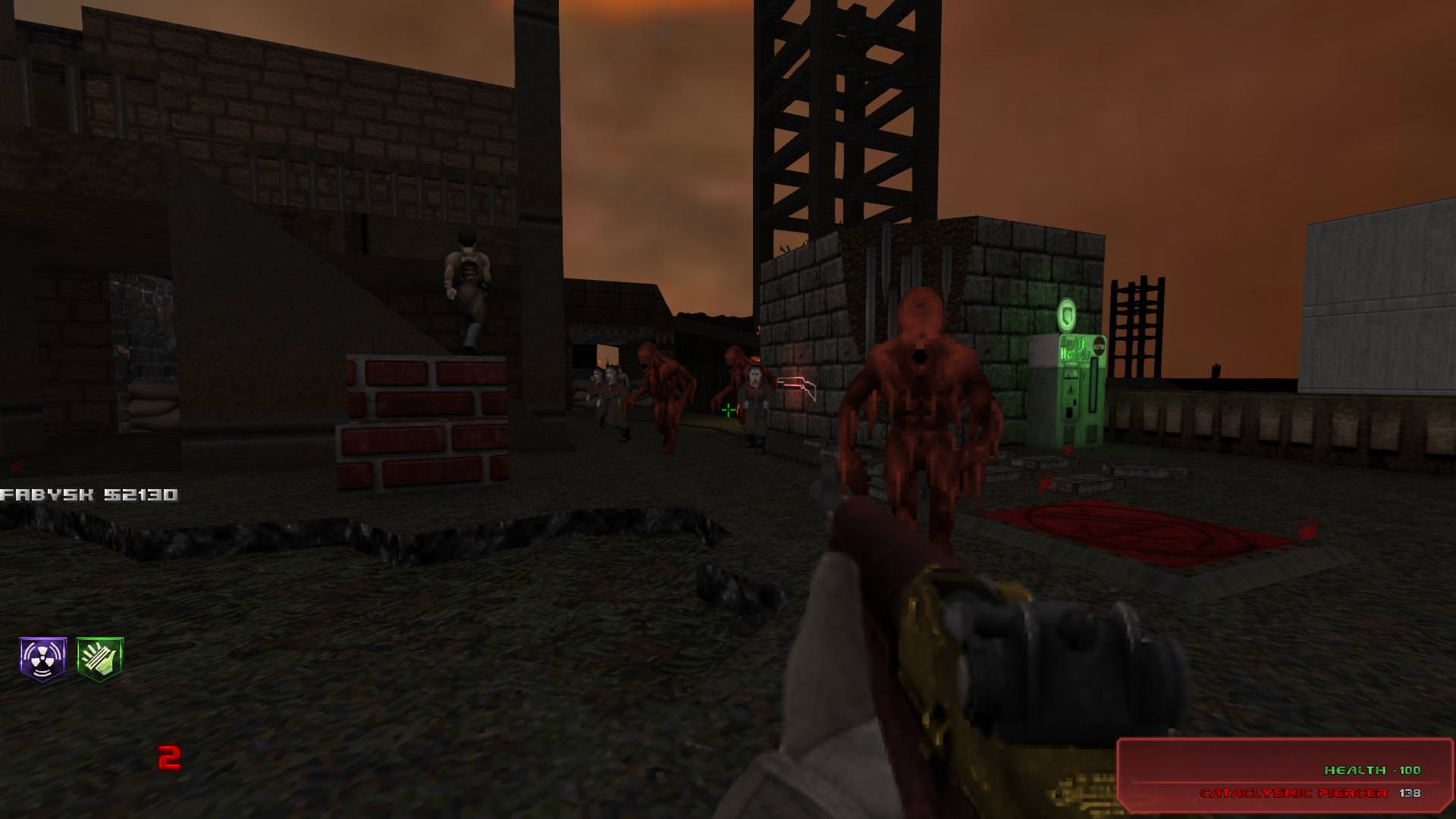 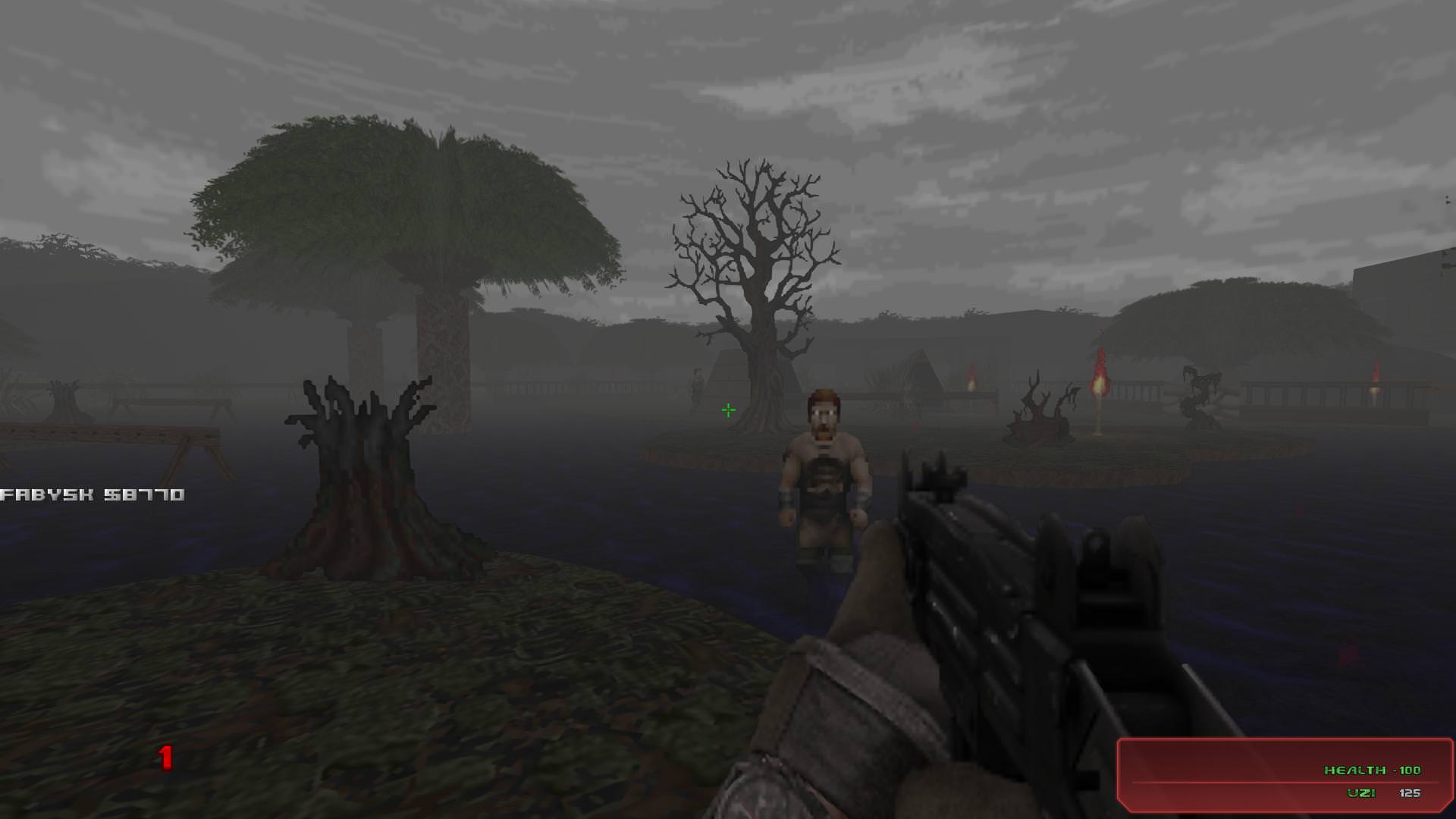 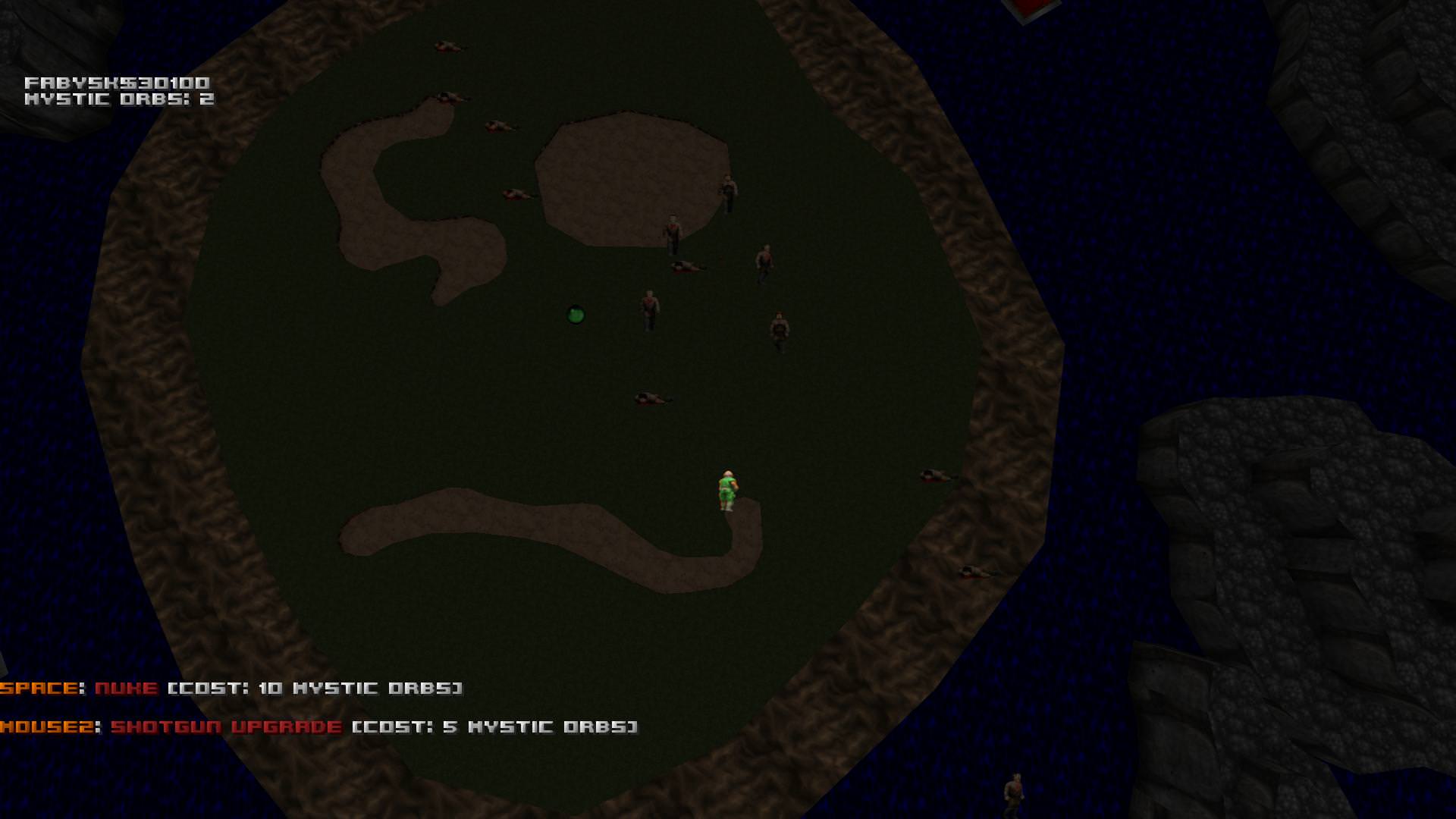 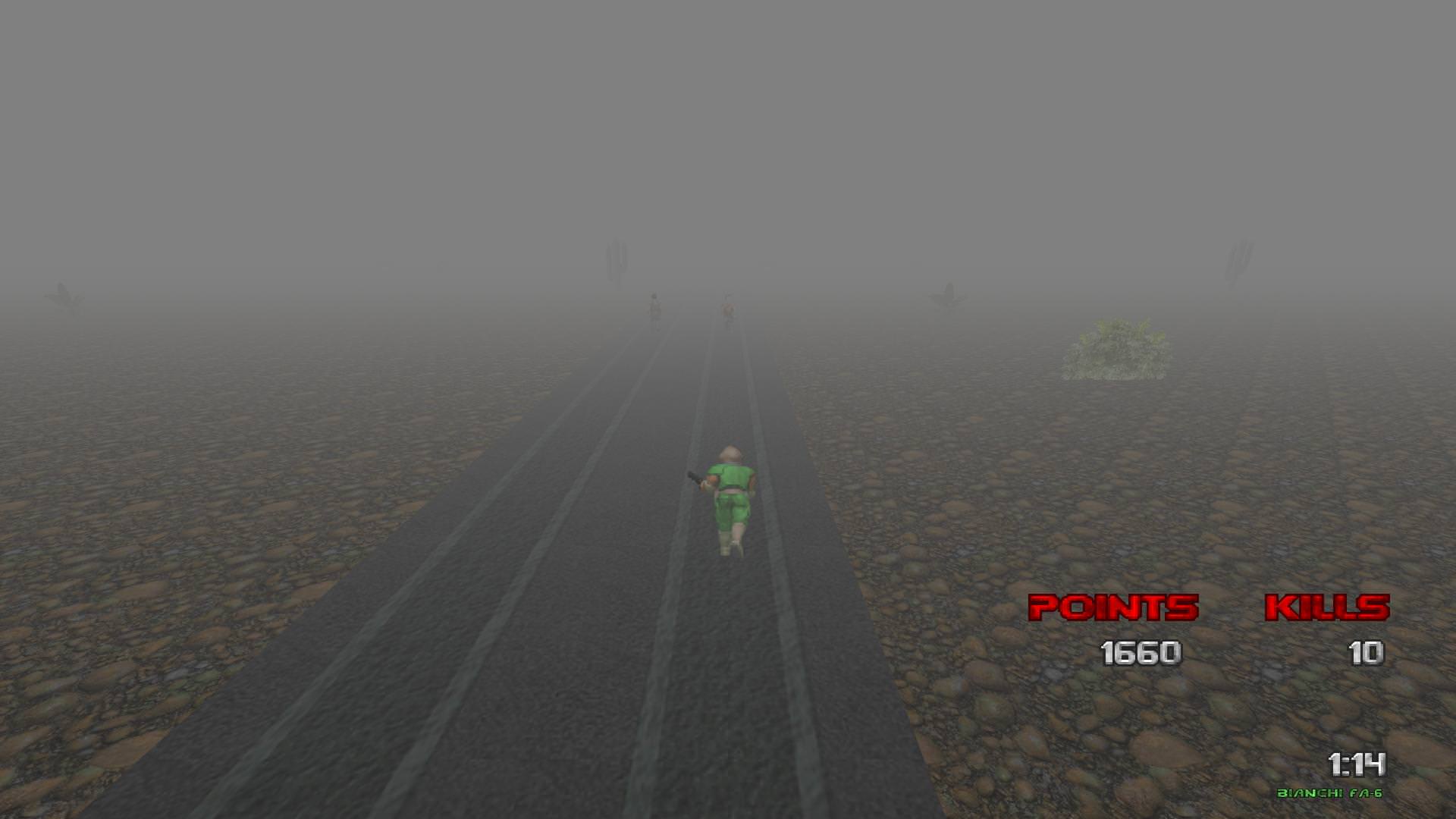 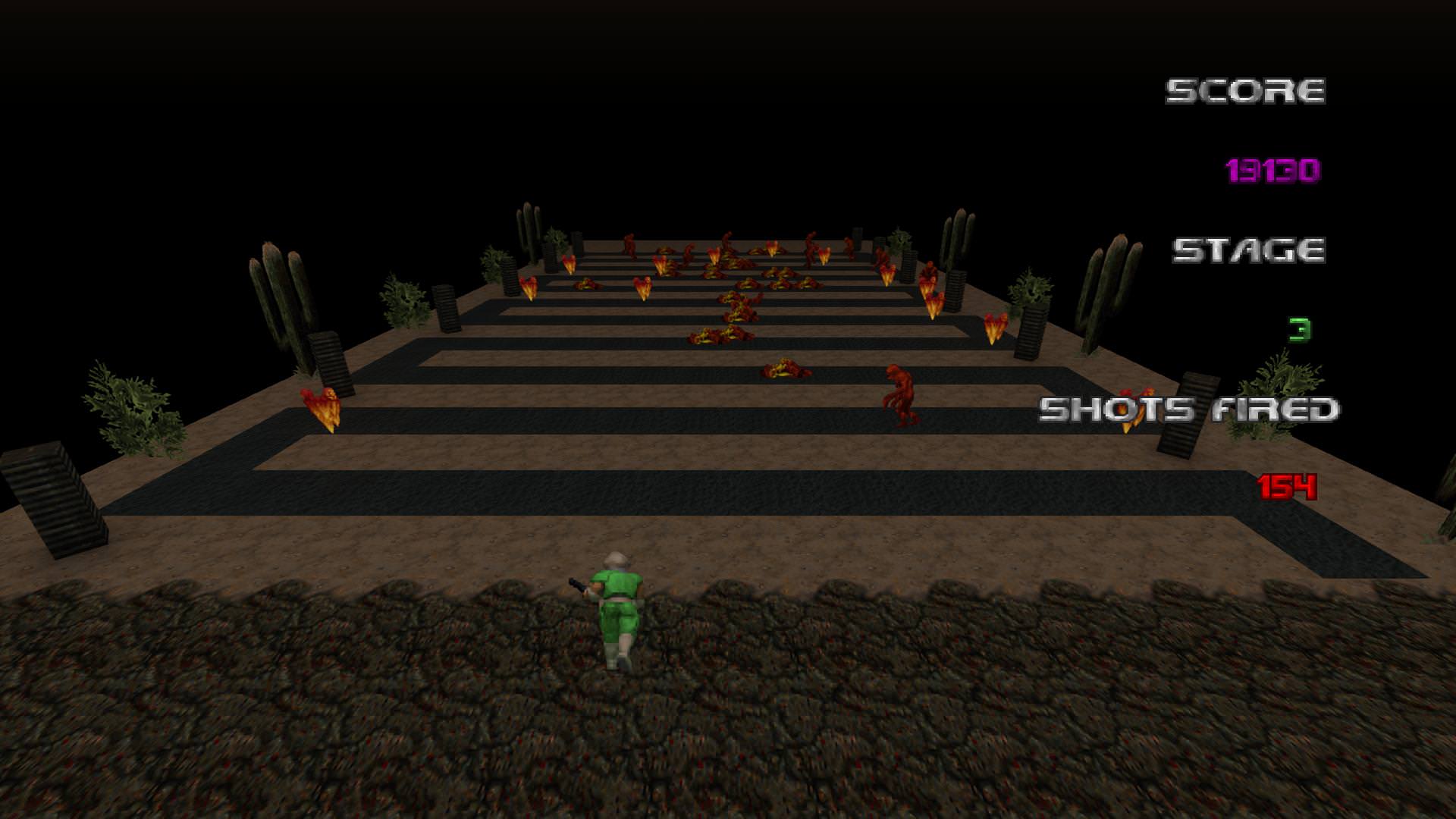 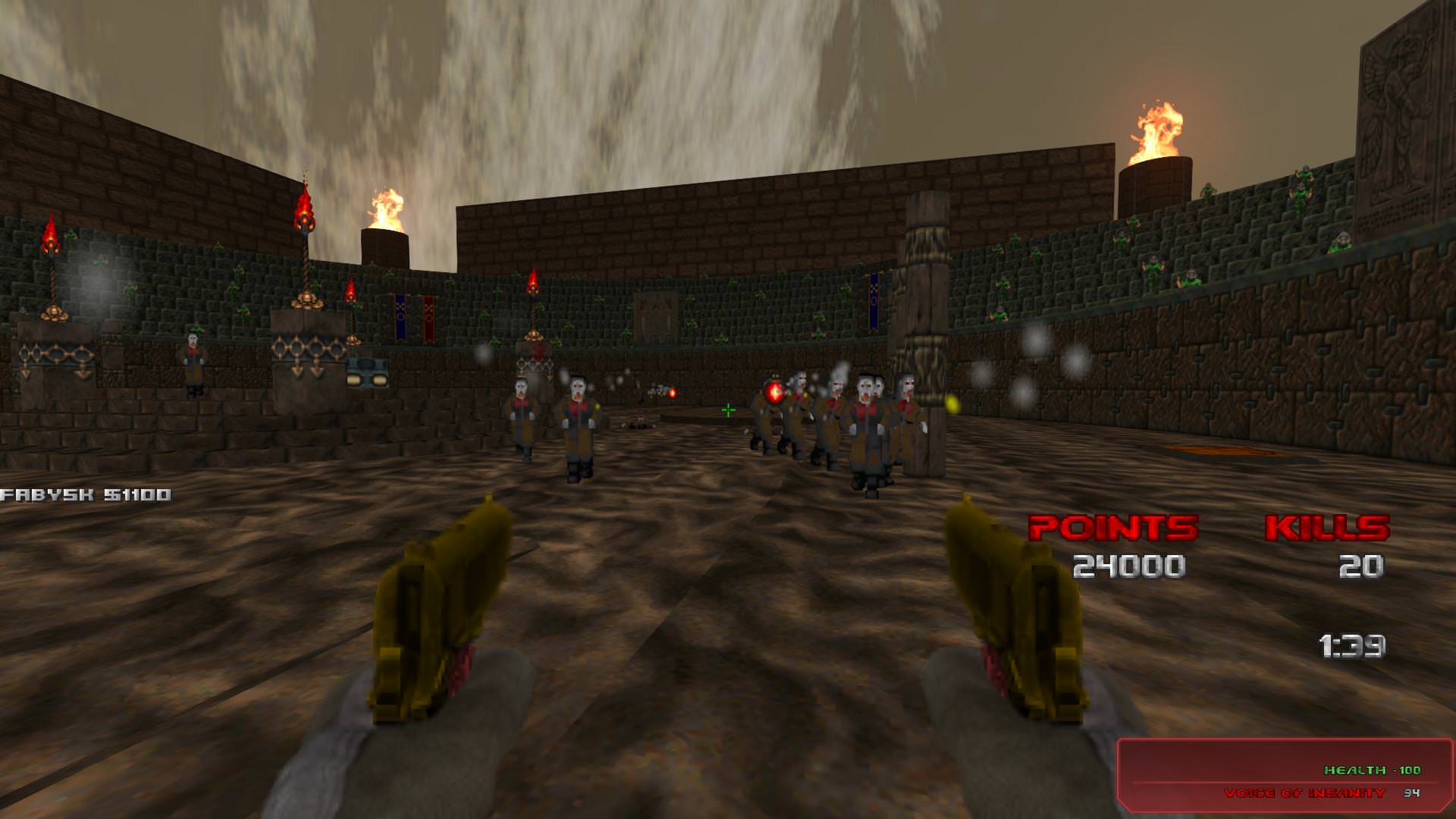 [Arcade Mode]
<Major>
- Fixed a bug where zombies do not spawn in Zombie Run.
- Added No Man's Land

<Minor>
- Fixed Deployable Shield ammo not depleting after placing one.

Version 1.1
[General]
- Added minor details in every map.
- Darkened the background in the main menu.
- Fixed select sound when selecting the credits option in the main menu.
- Campaign is now disabled during multiplayer.
- Players 2, 3, and 4 are now in a waiting room as the host chooses a game mode.
- Added footstep sounds for all characters.


As the final update and the end of Project 115 is here, it was really fun to make. Development starting on April of 2016 and all the way to June 22 of 2018. 2 years and 2 months to finally complete what is my best work here for Doom. Funny thing is, Despair was not supposed to exist. It pretty much started when I began to take elements from A New Threat and the first Project 115 and put them together and what do you know, Despair was born. I didn't expect for Despair to last long with me in development, but I wanted to make it great. I do not plan to make update this further other than support for the coming Zandronum and GZDoom updates. Will I make other projects for Doom? I perhaps will, but more of just personal mods. If you have been playing Project 115, any of the three installments or barely started playing, I want to say thank you so much for playing. Even if this mod doesn't shine bright as other mods out there, it still brings me happiness that this mod was able to some interest to be played. Now, the link to download the Apocalypse Update is above. Check the top of this post for the link.

Well, if people have to wait that long, maybe you scrap together a demo in the near future, just something for people to try while they wait for the full release, it would probably entice people to look out for this mod.
Top

Are you serious or what?[/quote]
I can confirm that this release date is not final. As much as what I want to do for this mod, it will require a lot of dedication far more than what the previous installments had. So far away yes, but the more I get done, the closre the release date gets.

Well, if people have to wait that long, maybe you scrap together a demo in the near future, just something for people to try while they wait for the full release, it would probably entice people to look out for this mod.

I will be putting together a demo for the public soon. Demo-wise, Campaign is nearly complete, Survival is done, Hunted is halfway finished, and Arcade Mode is done.

You should see a demo by February 11 of this year.
Top

Wow making a mod like that gets you in college? I hope I can get recognized too rofl.


Ivan wrote:Wow making a mod like that gets you in college? I hope I can get recognized too rofl.

[spoiler]Before you say it bob, your mods suck so you have less chances than I do.[/spoiler]

Not in Turkey with Crash n Corruptions :D
Top

Campaign
Still working on the campign's dialogue. All character lines are finished for missions 1 and 2, but just need to time them right when something happens.

Survival
Still working properly. Still planning to reduce the amount of 3D Floors used since framerate drops when looking at a certain direction.

Hunted
Have no touched it yet. Very buggy and will most likely not appear in the demo.

Arcade Mode
Fixed a camera issue as the camera will rise randomly. Still plan on allowing 4 players on Arcade Mode, but still have not online tested it.

I will be updating when the demo becomes available or not this Saturday (February 11).
Top

Demo Version 1.0 Is Out!
Happy to announce that the demo is now available to be played. I have worked hard on getting this demo ready and this is an exciting day for me to allow the community to play it.

If there are any suggestions you have or any bugs/issues you encouter during gameplay, please report them to me and I will find a solution to that.

Note: This mod requires a decent computer to play. You will experience framerate drops. You have been warned

This update contains many fixes both major and minor for single player and multiplayer.

If there are any bug/exploits you encounter. Please inform me.
Top

I am almost finished with the full release. Of course not all chapters are included, but chapter 1 is already done. Just adding in deatil to every map.
With that said. The new release date for the final release is May 1, 2017.
Top

The full release is now available for download! Check the first post for the download link. If you have any questions or encounter any bugs/exploits, please report them here. I am working on the next update and it will take a while. This will be a good time to inform me any of that. Happy zombie slaying!
Top Re-doing the PowerGum figures for the next update. Along with 2 new ones Progress Update
I have finished Chapter 2 for the Campaign. Adding in detail to the missions included in Chapter 2. For Survival, I have finished 1 map and will be adding another classic map. A new mini game for Arcade Mode is in the works right now. A trailer should be available to watch in 2 weeks. Progress is great so hopefully this update is great.

Another PowerGum Design remake for Reinstitute
Before: 2 weeks of waiting for a trailer? Why not release it now? The Ascension Update will be available for download July 1, 2017.

phpBB [media]
Trailer is also at the top of this thread.
Top

Progress has been crazy with the next title update. I had originally wanted for each title update to be release every other month, but due to college classes, scrapped ideas, and testing throughout development, I was not able to release this title update September 1. That is not to say that I won't. This one update is being worked on a lot with major changes. So what is there to expect in this next update?

To keep it simple: As for a trailer for this update, maybe in early October there will be one. It all depends on design changes. As for a release date, quite possibly near the end of October.
This has been one hell of a ride to make this update and all the bug fixes, performance enhancements, and more.

Now will this update be compatible with Zandronum 3.0? Yes it will!

It sounds like you are having a bit of trouble, should I give a hand? I can work on the 2 weapon system and maybe some more weapons (DECORATE wise.), however I won't be available until after the 27th.
Top

WhiteAce wrote:It sounds like you are having a bit of trouble, should I give a hand? I can work on the 2 weapon system and maybe some more weapons (DECORATE wise.), however I won't be available until after the 27th.

I have already done the 2-weapon system and weapons. Pretty much what I have listed has already been done. I wouldn't require any addition help in this update, but I appreciate the offer.

It has come to my attention that the Navajo Cycler Rifle no longer distracts zombies since the release of Zandronum 3.0. So far, I have not found an alternative method to keep this feature in. If I can not make one, then the distraction feature will be removed, not the weapon.
Top
Post Reply
40 posts