King of the Hill consists of 2 teams trying to dominate a central point on the map. To do this, just touch the rotating symbol with a weird shuriken in it in the middle of the map, and it will turn into your team's color. After 10 seconds of keeping it your color, your team scores a point! Might sound easy, but on those 10 seconds someone could come at full speed and change it to their team color right after fragging you! After a second of having scored, all players die and return to a random start point, to avoid camping around the point after winning.

This addon works with all maps made for ZDaemon's version of this mode, it additionally works with most mods. Unless that mod changes the player's TID, if that's the case it sadly won't work. But you should try the mods you are going to play with it before giving up.

It also comes with a standalone railgun, which is required if the maps you are going to play use ZDaemon's or Skulltag's railgun. If you are loading Skulltag Content too, this is not necessary. The filename for it is "ZDoom_KOTH_Railgun.pk3"

Fully compatible with both Zandronum and ZDoom. Remember to activate Team Deathmatch (and NOT Teamgame) and set your fraglimit to 0. 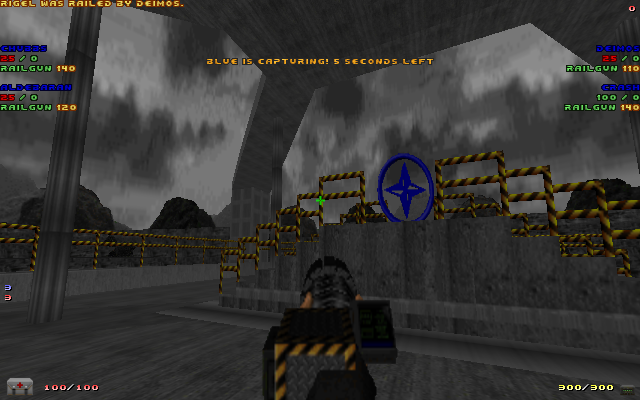 DOWNLOAD!
For convenience, here's a link to some KOTH maps:
http://85.214.149.120/wads/kothpack01j.zip
No Gucci, no Prada, no Supreme, but my sadness got an ending, my smile shining like bling-bling, i'm so blessed feeling like a king!