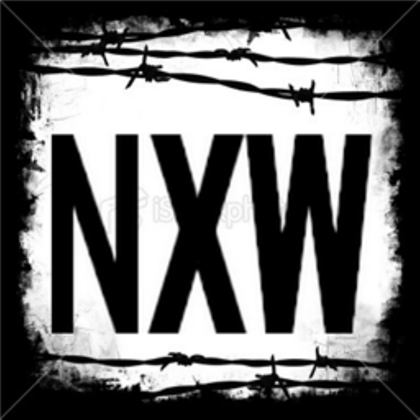 The Nonstop Xtreme warriors is near to be Competitive on Deathmatch,Cooperative,Survival and Invasion.. also this clan is development too..

Since 06-10-15 NXW has been created by MetalGuy213/Shadow Zandro.. to must Join to the clan must Talk in the irc #Nonstop or PM the leader who was me.. most of the servers are mostly created in #TSPG-Painkiller,#TSPG-Exciter Or #Bestever by me to let up the Players and Buddies training up in Duels and in Coop (including up some NXW Users).. Sometimes in invasion and survival... also the Deplovements are just the way to do ur demostration of your Masterpiece.

The Objetives Of this Clan is to be a Good Player/Buddy and to be Competitive User on Events and Tournaments sometimes if you can,Don't insult the players with Negative Attitude and Enjoy the Clan.

Now that hopefully people won't use this thread as their battleground, Good luck with your clan, whatever you may specialize in.

Good Luck!
<Leonard> I've been denied all the best ultrasex

Dunno why people had to shitstorm over one post that was needed since it's the kind of thing you either call out in public, or don't bother mentioning since it'd be ignored in a private message scenario.

But uh, good luck & have fun & call us to play ZDWars vs your clan whenever (apparently last time you tried to play 1v3 and I hear it didn't go too well, maybe you should try the other way around in our next game so it can be fair), preferably on a decent server.

And idk if you host your servers as a clan thing or as a personal thing but since I mentioned I'd be working on converting the custom factions to 3.0, I'll probably get around to doing it over the next few days.
Last edited by SwordGrunt on Sat Dec 05, 2015 5:25 pm, edited 1 time in total.
Top

Dead clan gg hard clan hard lyfe
<PUN1SH3R> Cube has a magnetic effect
<PUN1SH3R> all other clans are in orbit with us, they just dont know it
<PUN1SH3R> occasionally cube will pull a player into it's system
[Quote=DwangoUnited Website] Eyes has tainted the DWANGO name in World of Warcraft. Eyes owes several thousand gold to friends that offered to loan it to him. He's since cut us off completely, and is not planning on gaming or paying back what he owes leaving DWANGO United with the debt. You have hurt us in more ways than you can know, pal. I hope you're happy that we've bent over backwards for you. Thanks for paying us back with a spit in the face and a cold shoulder. By the way pal, your bfg skills suck ass.[/quote]
09:08 <Shane_> It's better being a cuck
09:08 <Shane_> Trust me, you'll learn one day
Top

so.. there are the reasons why NXW is dead for the moment that i've declared it while suspended. just saying
1.Killstrike did a bigger bullshit on DUEL40 trying to take the control.
2.Too many inactive users on NXW.....
3.Francis Joins to SKR
4.Survivor of the dead leaved NXW by no reason....
5.Toy Bonnie/Legendary Rias moved again to his old clan LSH.
so.. i've think i've added the end of the clan..... i'm now in Madcat's clan as to be a mapper and a modder at creating monsters and projectiles on DECORATE..
this ends up with 3 Scrims (2 at MXU and 1 at [V]) on ZDW...... 0-3.. and with a destruction of killstrike on AlexMax's DUEL40 NJ Server while the tournament organized.
Last edited by MetalGuy213 on Fri Dec 25, 2015 8:54 pm, edited 1 time in total.
Current FS member (ZDaemon), former GOH member, former SNS Staff and former ZDaemon Discord Admin.
Youtube Channel | MetalGuy's Purple World | Instagram | Twitter