Presenting Rage CTF
RageCTF is the spiritual successor to the first Velocity map pack. It's a small pack for Capture the Flag designed for extremely fast 3v3/4v4 game play. It is compatible with any Doom in Hexen CTF-supporting port. You can contact us at these channels/networks:
#mechanixunion on irc.zandronum.com
#mxu on irc.esper.net
Last edited by Grymmoire on Fri Nov 07, 2014 4:37 am, edited 1 time in total.

Looks very cool. One noob question though: why are these levels always in doom format? Like, why cant it be udmf, or hexen? Because of the size?
Top

Ænima wrote: I think I remember playing this on FNF a while back. Great maps!

You sure you're not thinking of Velocity?

Ænima wrote: I think I remember playing this on FNF a while back. Great maps!

You sure you're not thinking of Velocity?

Decay wrote: @ Aenima: this wasn't run for FNF, but we did do some public playtesting for a few hours for a couple days, you might've been to that.

Reggae CTF is being developed together with the smooth engineer section of MXU so the customers are completely safe from crashing into floor lamps, hurting their toes by missing steps and falling off the ledges because of failed jump attempts. While rage is important, we keep customer's safety our top priority.

Phew, at least it is good to know that Velocity CTF won't be the first and last CTF project you guys created! Quality stuff, thus far.

Looks good. Like the detailing, and custom textures.
Top I personally think that the 2KBridge needs a bit more work, the flooring for it looks too empty and seems too confusing wither you're standing mid-air or just on 2KBridge floor. Adding more texturing will help a lot, infact a really cool flooring pattern would REALLY jazz it up. That is my personal opinion.

As an update, I contributed a map to this pack!

It was originally supposed to be for CoreCTF, but when I departed from R... I was banned from the channel -- and when Collision unbanned me, Rosking just readded the ban and continued to say how I never fit in and lots of other bad stuff about me. Since it's pretty clear he never wants to deal with me or even look at me again, I figured I'd find it a new home. Took a few months to make, but I hope it plays well.

I'd like to see some pubs with this.
Top

More than map02 does? That's quite the feat. 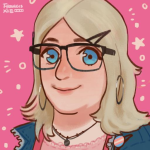 My thoughts as of beta18a:

Note that these are just "run around the map" reviews, so some of them might be questionable to play, but I think first impressions mean a lot:

- MAP01: I like it. If you tortured me for ONE thing to change, I'd make the connecting hallway between the bases a little cooler looking to draw attention to it.
- MAP02: I like it. Not much to say about it.
- MAP03: All the health potions are annoying. Seriously though, I think that this map would be more...fun as a flat map instead of having to wait on a lift to bring you to the base. That just seems...not great. Raise the mid to be 64-units below the side exits and replace the lifts with stairs. Also, see if you can compress vertically the flag room, gives me vertigo.
- MAP04: I like it. The gimmick here is really well executed. Only pet peeve is that the slime doesn't damage, but I don't think it should, just that you should use something that doesn't look like it damages.
- MAP05: Make the bars by the rocket launcher silver instead of brown, and make it so you can just 'use' the bars from anywhere, otherwise people will get pissed off when they press +use and it doesn't work. I like it otherwise.
- MAP06: I remember this map from Chaos Core. I think the map is nice for the most part, but one thing that bugs me that the ramp from the flag room to the side room is a ramp and not a set of stairs. Just doesn't feel like there ought to be a ramp there.
- MAP07: This map feels really half-baked to be honest. Pretty messy, and the under-base tunnel just seems...forced. I'd toss it, but try something in the same vein.
- MAP08: I like it from the most part, but see if you can make the bridges feel more solid instead of just having two midtex running side by side.
- MAP09: What the hell happened here? This tries to fix swap meet in the wrong way imho - now middle is way too cramped and the rest of the map feels 'blown out' too much. Start with the IDL version and just widen the bases and you're good.
- MAP10: I like it. Not much to say about it.
- MAP11: This map needs more time in the oven. Two narrow pathways surrounding a deep-as-hell mid. No thanks.
- MAP12: The layout I feel could be good, but it feels like the transitions between Z-heights are handled in the most ungraceful way possible. This map is one I'd feel disappointed if it was just scrapped, because it has potential.
- MAP13: This map could be good. I really like the concept. But it's too hard to find your way back to dry land when you fall in the water, the flag hut is just yuck, and that lava trap feels like an afterthought. Sand the corners off this map and I think you'd have something here.
- MAP14: Two gripes about this map - the glass by the flag is too transparent and I keep running into it, and I don't like the fact that the lift is hidden behind a wall. Other than that, I quite like the layout.
- MAP15: I remember this map from Chaos Core. Sorry, but it wasn't good there either. The middle is uninspiring and the bases have worse z-axis transitions than MAP12. If I were to BEGIN to fix this map, I'd delete mid and flatten the bases, then see where that took me. Honestly, I'd rather just yank the cool skybox and use it for another map.
- MAP16: They layout looks good, but I'd need to see where the detail is going to make a decent judgement on the map.
- MAP17: I like it. I was ready to rip you for doing a re-adjustment-adjustment of a map I've seen twice before, but I think it actually works out in the end.
Last edited by AlexMax on Thu Feb 27, 2014 1:30 am, edited 1 time in total.
The only limit to my freedom is the inevitable closure of the
universe, as inevitable as your own last breath. And yet,
there remains time to create, to create, and escape.

Escape will make me God.
Top

Project is still ongoing and a lot of fixes and edits have been made. Here are a couple of new maps that have been added: There are still a few maps that need to be detailed and ironed out a bit before there is a public beta. So stay tuned.
Projects

EonDM - With Hatred as my sidekick.
RageCTF - Made 1 map and did much more.
DBAB LMS - Pack made for Last Man Standing.
EonWeapons - Improve vanilla weapons and add stuff for kicks.
Progressive Duel - Leaving the old behind.
IDL201X CTF - Maintaining since 2013.
Strife AA - Helped tested + 1 map
Top