phpBB [video]
The [video] tag is deprecated, please use the [media] tag
Zombie Torrent is still in development, though any help would be appreciated.

Zombie Torrent walks the line between a partial and total conversion WAD, changing the entire gameplay of classic DooM and replacing nearly every aspect of the game with edited material. The mod aims to create a zombie-based invasion gamemode, much like the retail game "Killing Floor". Features of this mod include:
If you experience any bugs or anomalies of any sort, feel free to post them on this thread and I'll try to release a hotfix ASAP. (This release is probably littered with bugs.) For all you modders out there, be sure to check out the "Mapping Guidelines" provided at the bottom of the thread. Also offered is the mod soundtrack, several wallpapers (all 1600x900), and the old "scrapped" trailer. Zombie Torrent is to be loaded with the Skulltag data files. (skulltag_actors.pk3 and skulltag_data_126.pk3). Otherwise, some textures and actors may not show up! ZT is meant to be played with the latest version of Zandronum, although it remains untested with ZDoom.

Questions? Post them on this thread, or stop by the Zandronum IRC server at #zombietorrent.

mmmph, interesting. it looks like another zombies wad, but this one seems to have some potential, hope to see something great :D

Thank you. I hope to build upon it in the future, and I hope others do the same. :D
Top

Looks awesome! Many of the features look very fleshed out and well developed. My one suggestion might be to add a bit more gore. As of now for a zombie mod, there isn't enough hunks flying around imo.
Top

BloodyAcid wrote: Looks awesome! Many of the features look very fleshed out and well developed. My one suggestion might be to add a bit more gore. As of now for a zombie mod, there isn't enough hunks flying around imo.

I agree. That was one of my thoughts early on in development, but I never actually got around to it. I may fiddle with it before the next update. Some graphics from nashgore.wad might be used, but I might create new DECORATE for the gibs. Thanks for the suggestion. :smile:
Top

Even with the hotfix, I'm getting a "Script error, "zt_weapons.wad:DECALDEF" line 139:
Crossfire-44 is not an actor.
"
error. What am I doing wrong?
Top

Are you running the hotfix last?
Top

Zedek The Plague Doctor wrote: If you experience errors with DECALDEF and "Crossfire-44", try this hotfix.

Had to remove the DECALDEF line from the original wad, and the SBARINFO line too because DECALDEF doesn't overwrite it stacks, so pasting the same decaldef minus the line doesn't help at all.
Last edited by Llewellyn on Fri Oct 19, 2012 5:25 am, edited 1 time in total.
Top

Zedek The Plague Doctor wrote: If you experience errors with DECALDEF and "Crossfire-44", try this hotfix.

Had to remove the DECALDEF line from the original wad, and the SBARINFO line too because DECALDEF doesn't overwrite it stacks, so pasting the same decaldef minus the line doesn't help at all.

This did the trick for me, thanks!
Top

I'd gladly upload a fix, but I really don't want to reupload a 30 MB wad just for two lines. I may, though.

Here is my critique so far. I didn't get that far into it because I'm quite tired.

I'm not trying to be rude or anything, it's just how I feel about it after playing it. I do like some of the mod but other parts just put me off...
Some of this might not make sense because I'm about to pass out so...
Last edited by Llewellyn on Fri Oct 19, 2012 6:10 am, edited 1 time in total.
Top

They're all good ideas, and I'm sure most (if not all) of them will make it in in the near future. Some things (like the trader teleporting) might take some time to get right, but I'm sure I'll get to them. I might hit you up on the IRC if I need any help. Thanks.
Top

So I'm just going to go ahead and mutilate your mod and send you the result, K?
By mutilate I mean change a bunch of stuff that bothers me.

So, I finished my modifications, here's a download, and here's a changelog:

Spoiler: Changelog (Open)
+ Staying in the Trader after the round starts causes you to be teleported out of the Trader.
! Fixed Zombie Pistol Sprite being one pixel above HUD bar
! Modified some map geometry and fixed some texture alignments on Map01
! Fixed shops not saying you need $1000 more dollars
+ Added this thing to the shops.

Spoiler: suggestions (Open)
-Players start with only the pistol, this adds more dynamics to the weapon buying system and allows you to "trade up" longer.
-A certain amount of zombies spawns each wave proportionate to the amount of players and what Skill setting the game is on, and there is no wave timer.
-Remove ammo respawning, players should be forced to buy ammo, currently they just wait for ammo respawning
-Force off Item respawning with scripts or decorate, some maps allows you to camp SuperHealth and Armor.
-Better zombie spawns on maps that are less "campable" because currently the zombie spawns promote camping and not teamwork
-Zombie health proportionate to the amount of players in the game? Maybe a scale so that way if 16 players play they're 4 times stronger not 16, but if two players play they can be like 1.5x stronger.
-Add more zombie types

If you run my modded version only run that PK3 with Skulltag_Data and nothing else!
Last edited by Llewellyn on Mon Oct 22, 2012 8:37 pm, edited 1 time in total.
Top

Thanks, Llewellyn. I hope to get this working more effectively in the future.
Top

Bumping. This mod is pretty much abandoned forum-wise, but it's still (sluggishly) progressing. MAP05 is nearly finished.
Top 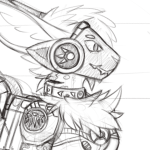 I really like this idea, but if it's that similar to the gameplay mode of Killing Floor, you should add something to differentiate it from the game itself. Something about the dynamics of the weapons, items, and monsters that could give it its unique flavour. I wish you the best of luck in this endeavour, it's a nice idea.
Top

BUMP. ForrestMarkX has joined the dev "team", so things should actually get done with this mod. Also, thanks to him hosting a ZT server recently, the mod's grown a little bit in popularity. Expect a released update to the thread soon. :V
Top

I played this today, it was quite fun, I agree with all the things that have already been pointed out.
Good luck with this project, I foresee popularity for this.

Thanks. Like I said, now that ForrestMarkX is helping out, a lot of the bugs should be fixed soon enough.
Top
Post Reply
36 posts