News and events are posted here. Threads also show up in the Latest News section.
Post Reply
5 posts • Page 1 of 1

I would like to announce the release of Doomseeker 1.3. It is a small release in overall, but it has a significant change of the compiler for Windows version. In this release we also have:
When creating a game, user can now switch between "offline" and "hosting" modes and the box will adjust its appearance so that it's more clear which options do or don't apply in given mode. New features for the Create Game box are: the possibility of adding maps to the map list en masse with a convenient list widget that knows MAP lumps from the loaded WADs, and dedicated UI controls to define logging paths for games.

As far as the WAD searching goes - the major improvement here is checksum comparison of locally stored files to the ones hosted on servers. If game's server provides WAD/PK3 checksums, Doomseeker will compare them to the locally stored WADs and inform the user upon mismatch. Furthermore, thanks to the collaboration with Wad Archive's operator, Hamish, the WADs from there are also compared before they are even downloaded.

As mentioned, the compiler for Windows build has been changed to MinGW-w64. While it sadly means that the Doomseeker package is now a bit larger, tests have indicated that in exchange it gained in performance. Moreover, for us as developers, it means that Doomseeker's code can now use the modern C++ standards while still maintaining compatibility with legacy systems such as Windows XP. Also, since this version, Qt4 has been completely dropped in favour of Qt5.

This release also includes translation to the Catalan language by Pol_M.

Special thanks go to WubTheCaptain and Pol_M for their continuing contributions to the project. 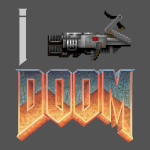 Ye! We are done. Thank you all, Blzut, Wub and Zal, for your continuous work. I enjoy committing with you all, and you're all a blast. Looking forward to make 1.4 another massively cool release!

(Man, we've cleared so many tickets in the tracker that there's barely a page of issues at this point!)
Top

I launched Doomseeker and it said that there is an update. I let it update, but I get this message.

The program can't start because libgcc_s_dw2-1.dll is missing from your computer. try reinstalling the program to fix this problem.

It looks like a file is missing from the update.
"For the world is hollow, and I have touched the sky."
Top

I now double-checked and this .dll file is in the "Qt" package which should've downloaded with the update. I'm not sure what has happened in your case. Here's the log when trying to auto-update Doomseeker 1.2:

It's a great sadness that the auto-update process hasn't worked correctly for you. Downloading the program the old-fashioned way from the website should fix it.
http://doomseeker.drdteam.org/files/doo ... indows.zip
Top


Zalewa wrote: ↑
Mon Jul 29, 2019 3:47 pm
If a game's server provides WAD/PK3 checksums, Doomseeker will compare them to the locally stored WADs and inform the user upon mismatch.

Now we just need Zan 3.1 to release to compliment this :P
<capodecima> i dont say any more word without my loyer jenova
Top
Post Reply
5 posts • Page 1 of 1