Public discussion of the forum software and other things run by Zandronum staff.
Post Reply
9 posts • Page 1 of 1

So 2.1 came out recently and we notice that it is buggy as per thread here

I had a chat to some testers about this and it seems theres a lack of interest in testing in general. I hope to change this with this initiative.

I am planning on resurrecting the Testing Team and promptly making it an official community group. This means I need a Leader to run this team.

The Leader of the Team would be responsible for (but not limited to):
The ideal Team leader would have a very strong interest in testing to make Zandronum better and to make it remain the best multiplayer doom port ever. They would also need to know how to co-ordinate a team.

This is an opportunity for someone to help Zandronum as a whole make good progress. This role is probably more important then my own even as this will help the Devs greatly. I heard they are working to add the ZDoom 2.7.1 base to Zandronum (according to the tracker) which is going to make Zandronum better and enriched in features.

Simply put, we need someone to Lead a team off testers to help the Devs out and I open this offer out to everyone in the community regardless of their previous histroy. If you want to apply you can either message me via the forums or reply in this thread explaining why you want the role. Trust me, this role is important then being an admin of the forums right now. Who is going to step up to the plate?

Ivan wrote: An excellent decision, I think we can find responsible people for this task fairly easily.

Theres no question that it should be easy to find folks to do this. It's just a matter off who is keen?

EDIT: on second thought it looks like I won't actually have the time to spare, unfortunately. i'll talk to mifu about it some more but yeah prob cant lead this
Last edited by Marcaek on Sun Jul 19, 2015 9:57 pm, edited 1 time in total.
Top

Some individuals did ask for my help on this, in which - I am considering. The only thing holding me back is, I first still want to compile the current latest build - - which I think I'll start doing later tonight if I have time. But do understand that I am attending two colleges and carrying an abundance of projects. I am sure I can make time some where, but - there's things that must be considered.

Further thinking, I do have some ideas that might be useful for the testing team, but - I'll first need to know what all is going on and what resources are available.
Top

What if there are some areas that needs betterment in order to achieve a healthy testing group without a need for a ‘lead tester’ title? After some thought, it is my presupposition that no one should fulfill the ‘lead tester’ title. Days of deliberation and examining since my last retort, I have started conceive that there’s some areas of serious lacking. These areas, once resolved, should ultimately achieve a proper motivated group of testers without needing a lead tester. Though, as much with changes and progression throughout history, it’ll be an a deceleration movement in the beginning but once in motion there should be an incline of activity. Such areas that I believe that needs critical overhaulment involves enrichment communication for the testers, improved developers and tester relationships, broaden dedicated gameserver clusters for testing, and possibly reinstate Project Leader position.

Add a new sub-forum for testers to uphold discussions and various other needs for better communication. Communication, seems to be stagnant when it should be more active than the community itself. Currently, communication amongst the testers seems to be only focused on one area – a dormant IRC channel [ #ZaTesting ]. While having this channel is certainly a plus for additional services available, but it’s not enough for holding discussions in a general matter over an issue or a collection of issues. Therefore, there should be some sort of a sub-forum dedicated to testers for holding discussions and various other needs. Understanding that one does exists already[1], this seems to be oriented for the public eyes and not as much for testing. To add further, without excluding the Zandronum Tracker service, the tracker service will always be the front-end of discussion about a specific reported ticket. But, however, sometimes the tracker service can be very incomprehensible for most and especially for new-comers that want to make a report or help out with the development. If an issue is carried onto the forums for testing, this should help keep the team focused – this will, however, require a bridge from both ends, one side for the development cycle while the other end is for the ordinary test users for simple convenience. Having a new sub-forum dedicated for actual testers will leave room for better communication amongst the testers while discussing various topics as required.

Moreover, the current testers and developers don’t really communicate outside from the Tracker. Although this isn’t really an issue – but an effect of the current situation with the entire testing group. As there’s a dwindling effect of activity for testing discussions on the Zandronum Forums, there stands no bridge of communication between the testers and the developers. Once a house of discussions exists, it is primitive that the developers should reach out to its testers and establish a dialog.

In addition, there needs to be a dedicated cluster of gameservers for testing. SkullTag, including Zandronum, is centered to Multiplayer games, and is typically where testing is crucial. If there is absolutely no available gameservers using the latest testing builds, hardly anyone will be willing to host their own due to various reasons, such as, but not limited to, home-connection limitations. Having just, at a minimum, one dedicated server specifically for hosting a cluster full of gameservers using the latest testing builds, this will give those within the testing group and aboard the ability to try out the current or the most recent developmental build. Thus, as an effect, will help out the testing cycle as there will be available gameservers to test the builds.

However, perhaps instead of looking for a Test Leader title, maybe it is time to bring back ‘Project Leader’ position. The last person to fulfill this role, during the development of SkullTag 97D, was Rivecoder. From this writers experience, wither biased or not, this character seemed to keep everything inline by keeping the testing team focused, worked with the development of the engine, organized testing events, and gave out positive hype of the latest work within the latest development. Perhaps someone that is well externally motivated, progressive, and talented might be able to help encourage and motivate people, which with that alone, should be able to end most of the stagnant activity that seems to be current today. Of course such role has more tasks than what is described in this post, however such tasks are beyond the scope of this discussion. However, perhaps it might be worth to atleast consider reopening the title to someone that can keep everyone on track.

In conclusion, there might be other areas that will help enrich the testing group within the community without having to resort to needing a lead tester. Such areas that will need improvements on is communication that will involve a new sub-forum for the testers and developers to communicate on various subjects, developers and testing team working together by establishing a dialog with each other – when the time comes, a dedicated server for hosting a cluster full of gameservers using the latest developmental builds, and – perhaps reconsider ‘Project Leader’ to keep everyone organized and engaged with the community and project.
Top

Now that is a severe wall of text...
I do have to agree on a few things here. Communication is important here, what is a testing team good for if they don't know what to look for specifically? I liked the idea of this: http://zandronum.com/forum/showthread.php?tid=581
People tend to get more eager to help if they know what to do.

Concerning hosting, I have already suggested that hosts such as BE or TSPG could have to option of hosting beta builds so the 'Awerage Joe' can slam up something easily and just get in and play, and others can easily join due to the amazing Doomseeker auto-download og tesing builds, which I BTW haven't had the chance to use yet due to the lack of servers.

Now concerning that title, I don't really see what it should do... Isn't it just another label for the same thing we want to achieve? Someone to round up the herd and direct them into the fold being the tesing server? 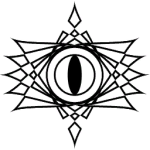 Lollipop wrote:I liked the idea of this: http://zandronum.com/forum/showthread.php?tid=581

As you can see in that post, there actually was a testing team.
With or without a leader, currently there is no testing team which is what we need.
[spoiler]

It seems to me people should be informed about the precise roles of the tester as I'm guessing the current lack of interest stems from an absence of easy to find knowledge on the clear benefits of choosing to do so. Sure it's nice and all you get to contribute to the advancement of the port through bug hunting and suggestions but the naive assumption from the word 'Tester' implies the task is repetitive requiring you to constantly check the same thing or repeat the same action continually in order to achieve a desirable result set by a specified leader with little to no means of interjecting your own ideas or improvements.

As a means of addressing this assumption by providing an example for a 'Why you should be a tester ad':

-Do you get to test out cool new internal features or private mods before they are released to the public?
-Do you get a say in the direction a certain feature or mod should be implemented or is it merely drone work?

It's currently perplexing to see why their would be a shortage of testers as their certainly isn't a shortage of players, but casually browsing the forums doesn't seem to yield why one would want to be one in the first place, again this is all speculation and I have no idea what testers essentially do at the moment or whether they have a meaningful impact on the overall implementation of a new idea beyond serving as a tester drone if you will, but give people an incentive for wanting to be one :P
Last edited by Armitage on Wed Jul 29, 2015 10:07 am, edited 1 time in total.
"He who hesitates is lost".
Top
Post Reply
9 posts • Page 1 of 1