DUBG, currently in v2.0 Release Candidate 2, is a mod that adds a bunch o' weapons to Doom and makes the
experience a bit more varied but without absolutely murdering balance. It has also neat stuff like cars and PvP+PvE glory kills, along with a small filesize, It's also compatible with Heretic, Hexen, Chex Quest and Square.
Additionally it includes 3 maps, 1 is Doom City by Shamus Young albeit modified, and the other two are Ralphis' magical ice forts by, well, Ralphis, and FortressCTF by ZDoomBot Creator. Do note that to play the CTF maps you need to choose team deathmatch, not Capture The Flag.

Let's get to the good stuff, shall we?

Spoiler: Weapons! (Open)
Fist: Your fist, which alternating both fire and altfire keys can combo, and killing an enemy player
with the fist executes a glory kill animation Chainsaw: The great communicator! Straightforward, just press the fire key to COMMUNICATE YOUR DESIRE TO HAVE THEIR WEAPONS!
Doesn't pull you around, but has slightly less range than usual and higher chance of stunning, so be very careful when using it!
Has a cool pickup animation and turns stuff into a pile of meat!
Ammo: Infinite (I was going to make it consume fuel but that felt too weak)

Pistol: Just a regular semi-automatic handgun Colt Revolver: A strong single-action revolver with great accuracy Shotgun: A pretty accurate pump-action shotgun Super Shotgun: A very strong double barrel shotgun with a moderate reloading time and recoil that can be used for vertical and horizontal mobility Assault Shotgun: An automatic shotgun with fast firerate, but slow reload time and big spread Minigun: A really fast firing minigun,but it has a LOT of recoil, also, ammo consumption UAC Compact SMG: A side-loaded sub machinegun with a fast firerate but a fairly long reload Assault rifle: A rifle that works best in short controlled bursts to keep accuracy Heavy Rocket Propelled Grenade Launcher: Just the regular Doom rocket launcher but with reloading. Grenade Launcher: A grenade launcher that can be used to bounce grenades around corners UAC Mark II Plasma Rifle: Your regular plasma rifle with a heat accumulating mechanism UAC Mark II Railgun: A very powerful Railgun with perfect accuracy but at a small speed
penalty The BFG 10k: The latest in plasma technology, this gun delivers a lot of really hot plasma at a frightening rate,
the ammo consumption is frightening, too Mysterious red sphere: Has a chance to spawn in place of the Soulsphere or Megasphere

Spoiler: Vehicles (Open)
Note: To use vehicles, get close to them and press the "Use" key
They are controlled using your movement keys or any device you use for moving
Press E to get off them Code for these vehicles is to be rewritten for more realistic handling 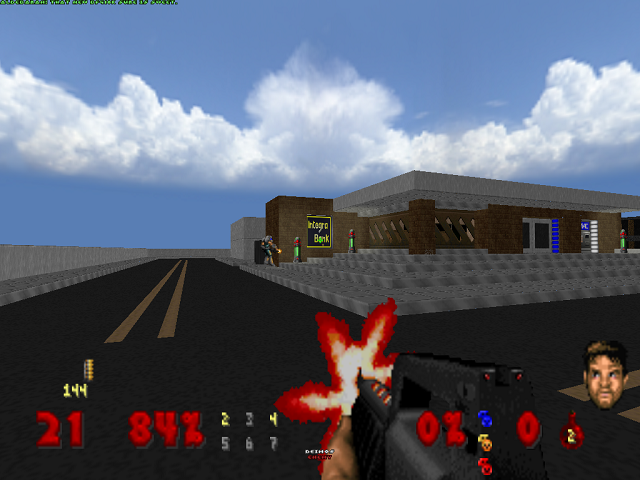 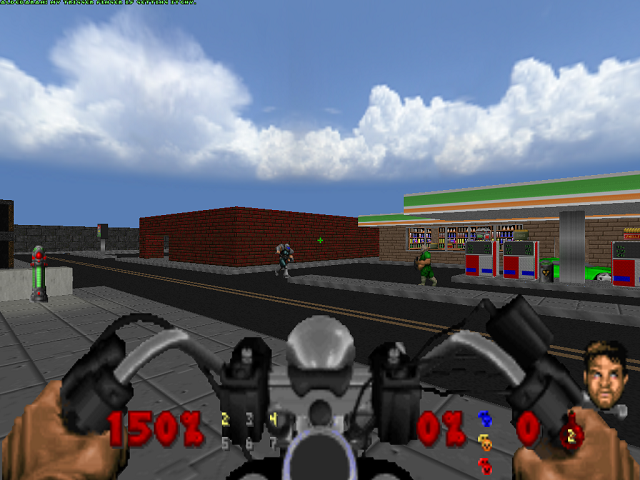 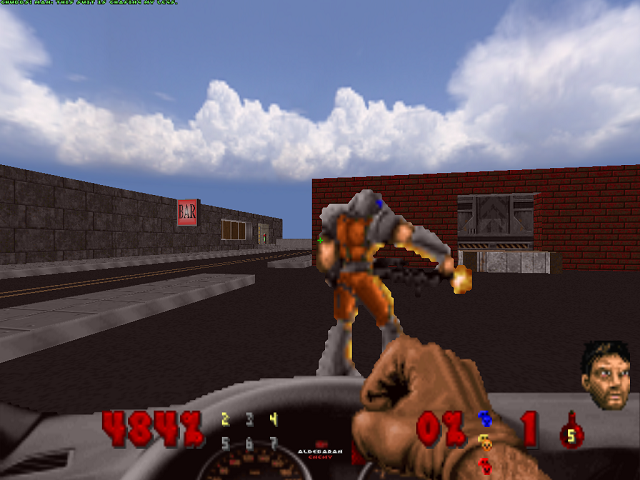 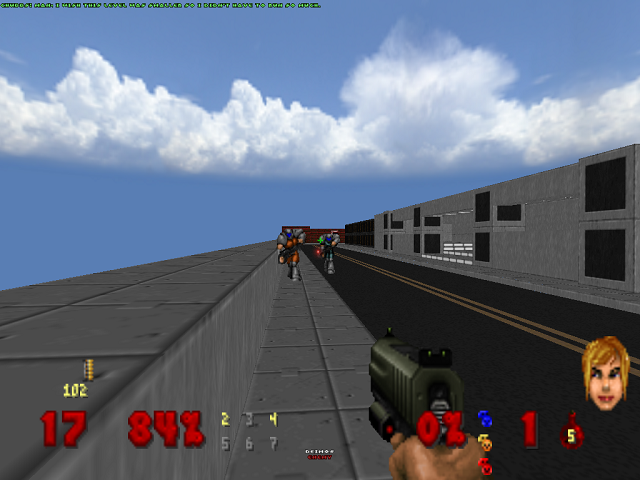 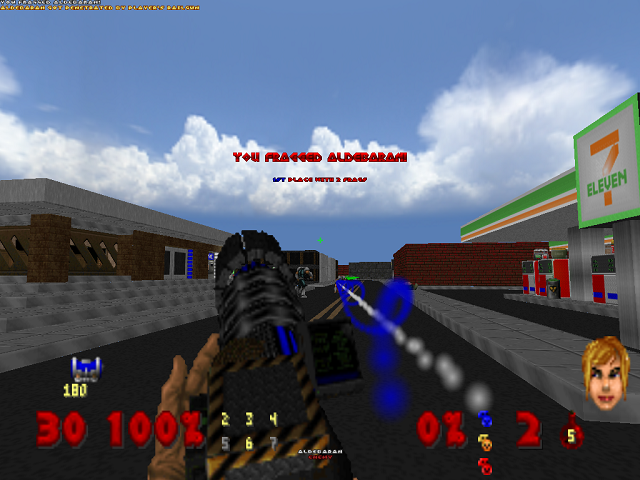 Credits can be found in the main PK3 itself.

Remember to bind your keys before playing, and to have a look at the DUBG options menu!
EDIT: Also remember to set the compatibility flag "Send Full Button Info" to on if you are going to play on a map with vehicles, i only now figured out that's why the vehicles freaked out online.


Patch meant for playing with SSZDoom (split-screen ZDoom) with it, in an Xbox 360 controller LT throws grenades, and A reloads and is also the "use" button. Using other controllers requires X360CE.
Download SSZDoom compatibility patch

Feedback is greatly appreciated, any suggestions will be considered.
Last edited by TDRR on Thu Mar 12, 2020 10:44 pm, edited 3 times in total.
play with my bots or else... nothing really :p
Top

2.0 RC1 is here. Not AS huge as i was going to do it, however there's still a large amount of improvements, additions and changes.

Many weapons recieved a rebalance, some got improved animations and sprites, there's a new bolognese gore patch with the ability to glorykill monsters, added a chainsaw with a kinda cool pickup animation, added various graphical effects, and fixed various bugs.

Download in the first post as always.
play with my bots or else... nothing really :p
Top

Fixed, thanks for reporting.
play with my bots or else... nothing really :p
Top

2.0 RC2 is here.
This actually was possible since 2.0 RC1, but forgot to mention it: You can play D4V with DUBG's weapons, if you enable "dehacked compatibility" in DUBG's menu and load D4V first, and DUBG last. Same with various other mapsets that use DEHACKED, as well as monster and other DEHACKED mods.

Brief changelog follows:
-New Super Shotgun, graphics by... Uh, Franco Tieppo or Necronxxis (hope i spelled that right)? Smooth anims by HenryRenry, a.k.a ok_henry. Removed it's alt-fire.
-Revolver has been re-balanced, and has a longer reload animation to balance out it's firing power.
-Chainsaw now always gibs enemies with a gibbing animation, even without the monsters patch.
-Chaingunners will always drop a minigun, even without the monsters patch.
-Some other minor fixes.

EDIT: Big dumb me noticed the links were broken and directed to RC1 instead of RC2, and the monsters patch linked to the main .pk3. Sorry, that has been fixed now!
play with my bots or else... nothing really :p
Top
Post Reply
5 posts • Page 1 of 1