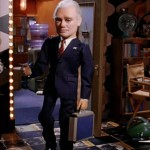 Anyway, this is a pretty big long term project. (For me anyways...I don't plan on doing it alone.) The idea is a roguelike along the lines of something Sword of Stars: The Pit and similar roguelikes.
Namely:
These WAD will be designed for multiplayer modes with each difficulty setting being for a certain number of players. (And hence more difficult for less than said amount.) The lowest difficulty setting will be designed for solo play. The entire thing is going to be built around Survival mode. I'll also make an Invasion compatibility WAD.


Some things I need from other people:
I need a mapper to build maps, but the maps have to be very large to accommodate heavy randomization. Multiple pathways and a large number of rooms are a necessity.

There also needs to be an ACS script built we will call "Questbuilder" that will make sure players can finish the level.

What I'm working on right now:

Weapons are further divided into Standard, Tech, and Hellmake. Standard weapons use a specified ammunition and have the most diverse uses. Tech weapons all use power cells and need to be recharged at charging stations or with new HDC batteries (High Density Cell). Hellmake weapons can use souls or blood as ammo.

Spoiler: Classes (Open)
All classes will have a starting weapon, melee attack, some tools, and armor. Each class will have at least one unique item.
Classes that will definitely be added:


The project will be released individual WADs to make it more customizable and easily moddable. It will be designed as a gameplay template.
I'll update this some more later.

ZandroSkins: a pack made by our community
Squad Radio: a WASD-powered chat menu, add your own sounds
AeniPuffs: neat blood and puff effects
Top

WOOT! (Don't ever get married.)
Top

[WIP] Re: Escape From Phobos

Jesus.....been almost a year and still haven't got much to show for it.... )then again, this is an extremely low priority for me......) Mostly due to me being a terrible mapper and hating my work for testing.

I will have some screenshots probably by the end of August and hopefully a working alpha for Halloween.


So this project is way more horror themed than the original doom incarnation with an extremely hiked difficulty. I might even make a battle royale map before the end of the year to test weapons for PVP. I'll update this later in August.
Top
Post Reply
4 posts • Page 1 of 1