Thanks! it sure was a blast! On the release day I played something like 7hrs straight

Here's a bit of that (in terrible quality!)

It's very great job bro. I've found your mod about week ago and after watching youtube videos, my brains flew out of my head

I never tot this engine can be modified like that, but this is awesome work ever i've seen for DooM.
After playing a while i started to search for doom engine coding tuts. Was amazed, it's very similar to pawn and C++, i've coded before only GoldSource engine games with C++ and pawn.
Now i'm reading tuts and includes about ingame events, to modify your game more. I've made some changes in source code (thanks for scripts sharing, they are awesomly coded!), to see how i can feel inside .acs and decorate as newbie.
Nah, original Quake Champions sucks compare with this incredible game. Thanks bro for your hard work!

This engine is really insane, also i love 2D pixel graphics with some HD hud.
Sorry but this test vid with godmode xD, because bots kill me very quckly

And the great thing i've discovered we can use a lot of bots, omg once i've added about 40 bots at once my PC lagged like hell

But if using addbot step by step, there is no lagging, need to look more in Zandronum source code for this.
Started to remake weapon sprites from zero. I'll use new weapon skins of QC from Dec 2017 update.
Using gradient and smooth effects on corners to make them look more lovely. 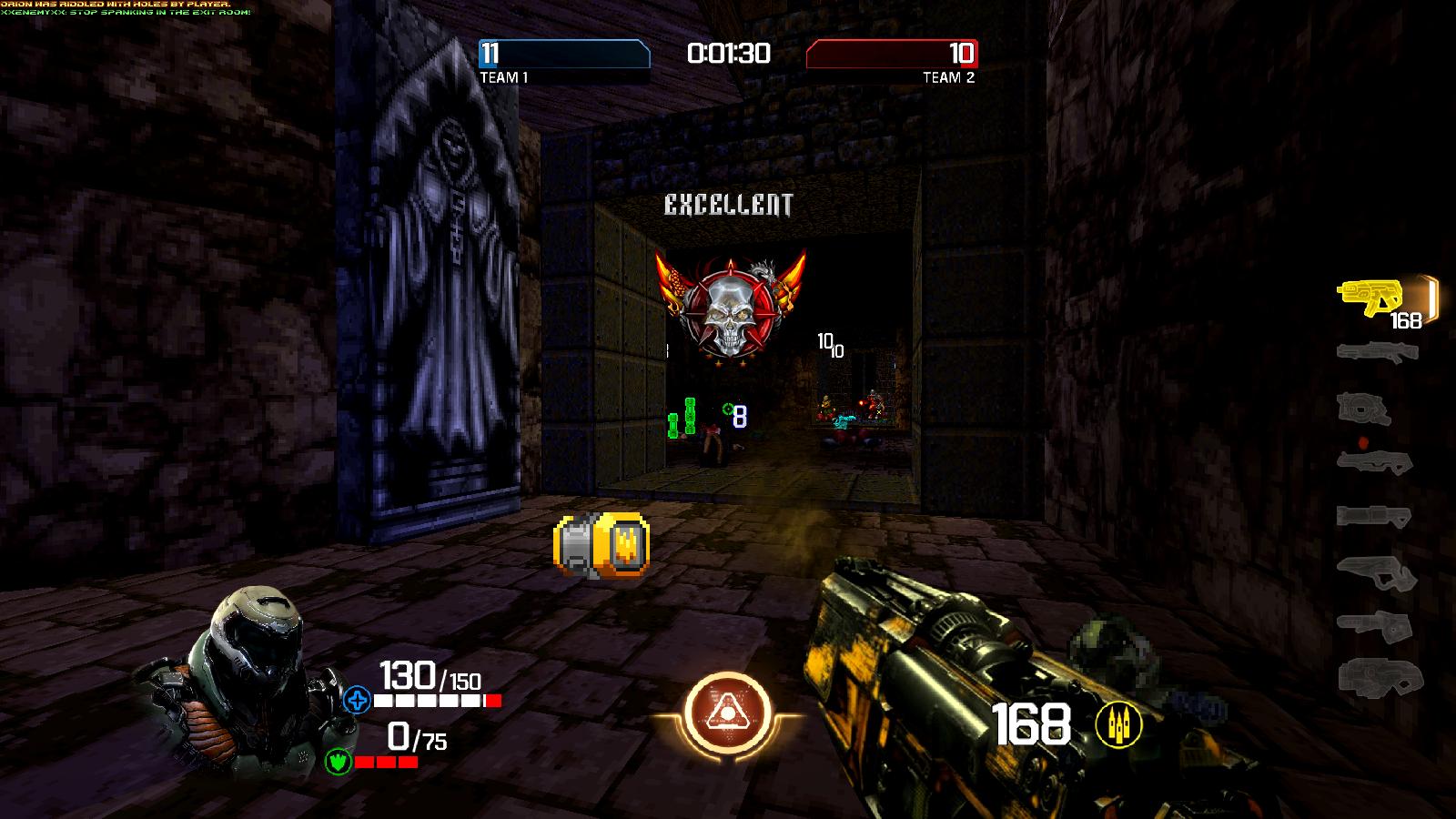 Coming Soon only for Quake Champions: Doom Edition.
Compatible with Zandronum 3 only.

- Not compatible with GZDoom and other engines.
For fonts i've coded my own tool on C++ to transform Quake Champions font into Doom2 .fon2

by dbthanatos
And here's a preview of the new champion to join, coming in a couple days

by dbthanatos
Well, due to popular demand, finally Im bringing him in

by dbthanatos
Well, it's that time again. Time to release a new version of QC:DE.

And the lovely changelog!

by dbthanatos
And it's out now.

We even added an optional HD portraits pack :D

but more importantly congrats on adding another female champion. now if only we could get more black champions and perhaps some from other parts of the world and more gender disparity. poor bitterman... you can see the pain in his face

by Combinebobnt
Oh yea on the hd icons pack: 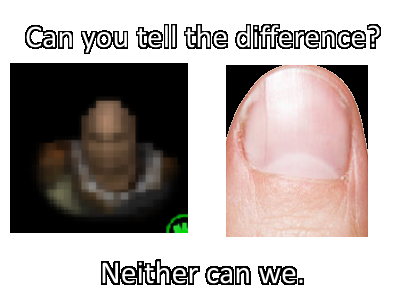 Possible hd adaptation? I know the current one is beat up with all those bandaids, poor guy. 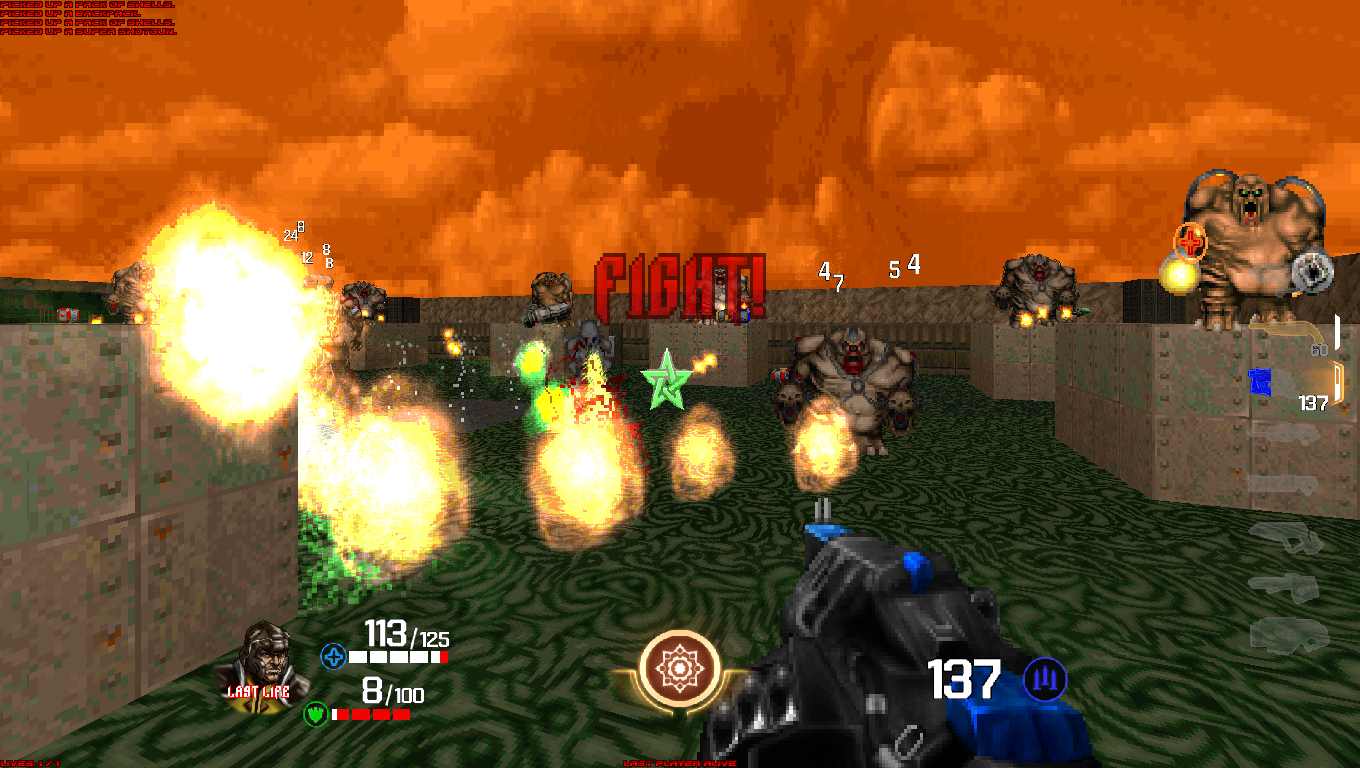 by dbthanatos
@Combinebobnt: You're crazy man! I have no idea how you manage to play survival like that! hahaha

by dbthanatos
I completely forgot to update here.

So, this is our biggest update to QC:DE. Now our mapset contains a total of 22 custom QCDE maps! So, we got champs, we got SP/Coop, we got PvP, duels, TDM, you name it!!

This one took us the longest, but im proud to show it off finally!

by dbthanatos
Oldies but goodies!

by dbthanatos
And another one :)

by dbthanatos
Well, after all the sweat and tears (:P) QCDE v2.0 is finally out!

We'll be streaming this RN, if you wanna watch, or even better, join the games!
https://www.twitch.tv/dbthanatos