Thanks Metal, I made a mistake, but it is all good now Marine will be back soon i have talked to him. He said he will be back after Christmas
Last edited by Ichi on Tue Dec 24, 2013 4:11 pm, edited 1 time in total.
Top

Endgame has been around since 2007. I in the other hand started playing DOOM around 2006. My skills today isn't the same as it was back in the day. While scrimming today against PRO, who has been around a long time. Mentioned something about records of matches and scrims. Well, I dug up my old closet and found almost all the screenshots of Endgame victory. Mostly CTF and TDM.

I honestly don't remember when Endgame died. All i know is that we came about around 2007. I could figure it out, but at the moment ill deal with it later.

At 2007 till Endgame died we fought and won against at least 25 clans. (Note) many of them were CTF matches, Scrims, and TDM.
We played against and won matches against:

Endgame is now 2 months old since it return.
We have so far fought at least 11 clans and won against 5 clans.
The Clans we fought so far are

All this info is from me. I'm pretty sure there is more screenshot from my other members. As soon as i get those screenshots i will update my info. As for now Endgame is here to stay and will continue to get better. Hope you enjoy these shots from the past.
Top 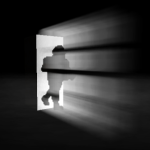 I always love these calm moments before the storm...
Top

:o you have a habit of changing resolution? still realy cool how you collected that piece of history.

Drama time! Stan and Dranzer leave EG. In other news MP2E joins us! Welcome to the crew man.
Top

You guys did really good the other day in your scrim when I watched. Keep up the good work.
Top

I'd like to announce that SpiritBullet has joined EG crew! Welcome man. DemonEclipse with us!!!

Oreocookies/Seth has "resigned" from EG.
Top

Teamspeak:
Stan, Starnel, Boko, Denzoa, Goblin, Ichi, Jwarrier, Michael*, and featuring Andy who has been in the channel for 3 days.

Til next friday!
Top

Shout outs to my home boy Andy for holding down the fort!
aka Goblin
Dicks.
Top